CHENGDU, China — A smartwatch for cows has been developed that could help future farmers better keep track of and care for their livestock.

The bovine version of a Fitbit monitors the health of cattle, potentially lowering the use of drugs which could lead to antibiotic resistance. It could become commonplace in ranches of the future, boosting reproduction, food safety, and supply chain efficiency.

Researchers in China say the smartwatch could also improve environmental conditions for cattle, capturing the kinetic energy created by even their smallest movements.

“On a ranch, monitoring environmental and health information of cattle can help prevent diseases and improve the efficiency of pasture breeding and management,” says co-author Zutao Zhang, an energy researcher at Southwest Jiaotong University, in a media release.

“This information can include oxygen concentration, air temperature and humidity, amount of exercise, reproductive cycles, disease, and milk production.”

The Chinese team’s sensor is placed around a cow’s ankles and neck as they go about their regular activities. It records everything, including how much they stand, lie down, or graze.

“There is a tremendous amount of kinetic energy that can be harvested in cattle’s daily movements, such as walking, running, and even neck movement,” says co-author Yajia Pan, another energy researcher at Southwest Jiaotong University.

Once captured, the energy is stored in a lithium battery and used to power the device.

How does the device work?

The unique design contains a motion enhancement mechanism that uses magnets and a pendulum to amplify small movements the cows make. Dr. Zhang hopes implementing smart technology on farms will be part of a larger effort to improve the world’s food systems.

“With the development of 5G technology and the Internet of Things, the operation of the entire industrial chain of the food system is more intelligent and transparent,” the researcher adds.

In tests on humans, a light jog was enough to power temperature measurement in the device, which the team described in the journal iScience. The researchers see future applications in sports monitoring, healthcare, smart home, and the construction of human wireless sensor networks.

“Kinetic energy is everywhere in the environment—leaves swaying in the wind, the movement of people and animals, the undulation of waves, the rotation of the earth—these phenomena all contain a lot of kinetic energy,” Zhang concludes. “We shouldn’t let this energy go to waste.” 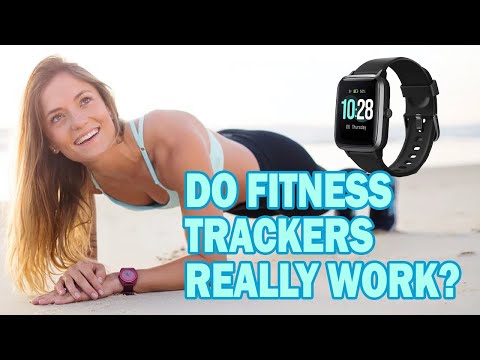 Entrepreneurs are often feverish workaholics. So what’s their secret to avoiding burnout?5 mins ago

Best Luggage For Kids In 2023: Top 5 Children’s Suitcases Most Recommended By Experts28 mins ago

Best Hotels In San Juan, Puerto Rico: Top 5 Places To Stay, According To Experts52 mins ago