STATE COLLEGE, Pa. — A diffuser that smells of “fear” could help keep pests off garden plants, according to a new study. The special odor is made up of compounds produced by ladybugs, a natural predator of plant-eating insects that ravage gardens and crops. Pests that catch a whiff of the stuff will change their behavior, thinking predators are nearby.

Plant-eating insects represent a major threat for gardeners and farmers’ crops around the world. Additionally, these insects can carry diseases and are becoming increasingly resistant to traditional pesticides. Now, researchers at Pennsylvania State University have come up with a sweet-smelling solution.

“It is not uncommon to use our senses to avoid risky situations. If a building was on fire, we as humans could use our senses of sight or smell to detect the threat. There is evidence for such behavioral responses to risk across taxa that suggest prey organisms can detect predation threats, but the mechanisms for detection aren’t very well understood, especially with insects,” says study co-author and principal investigator, Dr. Sara Hermann, in a statement.

Aphids are highly destructive pests whose resistance to pesticides and ability to transmit plant diseases make them a persistent problem for growers. They also happen to be a favorite food of ladybugs, which gardeners and farmers welcome as a kind of natural pest control. That is because aphids and other plant-eating insects will steer clear of fields where they can smell predators nearby, the researchers found.

Smells given off by ladybugs signal aphids to stop reproducing as much and grow larger wings — both behaviors of avoiding threats. The research team identified and extracted the ladybugs’ “volatile odor” using gas chromatography, a technique that separates the different components of a smell. Aphids were then hooked up to an electroantennogram (EAG) machine by their antennae and exposed to each component individually to see which one got the biggest reaction.

Researchers are now hoping to test their diffusers outdoors to see whether they produce the same results. They are also looking to measure the diffusers’ dispersal area and see whether they could be applied to other pests, predators, and crops. “Insects rely on olfactory cues to find food, mates, and places to live, so this is a great opportunity to investigate how to use these smells to manipulate their behavior,” said study co-author Dr. Jessica Kansman. 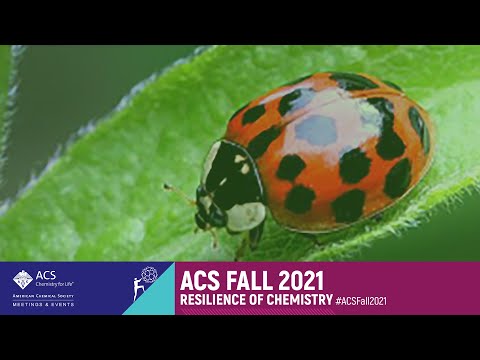 The findings were presented at the Fall 2021 meeting of the American Chemical Society.

Best Women’s Hairstyles In 2023: Top 5 Trending Cuts Most Recommended By Stylists 38 mins ago