ITHACA, N.Y. — A majority of bird species in the United States are rapidly declining, according to the 2022 U.S. State of the Birds report. Interestingly, however, decades of wetland and hunting conservation efforts have allowed one population — waterfowl — to grow throughout North America.

The 2022 U.S. State of the Birds report shows populations declining in every habitat — forests, grasslands, deserts and oceans — except wetlands. More than one-third of grassland birds in the Great Plains have died off since 1970 and 70 newly identified species have now hit “Tipping Point” status. This means they will lose another half in 50 years without preservation efforts. Beloved species including Rufous Hummingbirds and the singing Golden-winged warblers are set for extinction-a prospect which ornithologists say has massive repercussions for our environment as a whole.

“While a majority of bird species are declining, many waterbird populations remain healthy, thanks to decades of collaborative investments from hunters, landowners, state and federal agencies, and corporations,” says Dr. Karen Waldrop, chief conservation officer for Ducks Unlimited, in a statement through the Cornell Lab of Ornithology. “This is good news not only for birds, but for the thousands of other species that rely on wetlands, and the communities that benefit from groundwater recharge, carbon sequestration, and flood protection.”

Included on this list is the Black-footed Albatross, the Allen’s Hummingbird, the Golden-winged warbler, the Pectoral Sandpiper and the Yellow-billed Loon. Environmentalists, ornithology researchers and conservation experts all agree that proactive efforts must be made to prevent dozens of new bird species from entering endangered lists.

“The North American Waterfowl Management Plan, Federal Duck Stamp Program, grants from the North American Wetlands Conservation Act, and regional Joint Ventures partnerships are all part of a framework that has a proven track record with restoring and protecting wetland-dependent species,” says Martha Williams, director of the U.S. Fish and Wildlife Service. “Now we want to use that precedent to work with our partners to restore bird populations, conserve habitat, and build a foundation for how we respond to the loss of other bird groups.”

This 2022 U.S. State of the Birds report is the first such study since the landmark 2019 report revealed that 3 billion birds have been lost in North America in the last 50 years.

Despite the overwhelmingly negative 2022 report, one population of bird has actually hit historic highs in the wake of successful adaptation to ever-changing agricultural and urban U.S. landscapes: geese. Seven species of geese and swans have seen staggering 600 percent population increases in recent decades due to these birds’ ability to adapt to human-heavy suburban and urban environments. 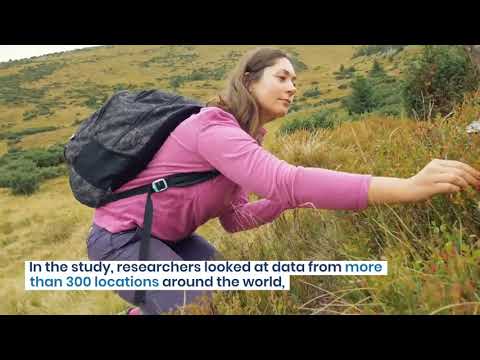