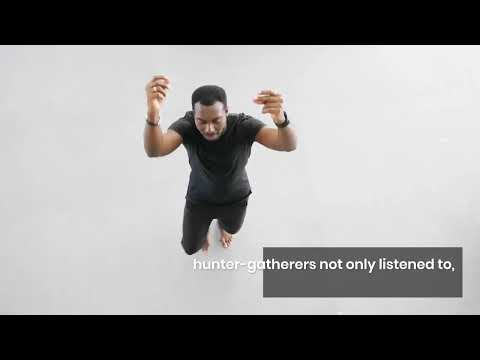 HELSINKI, Finland — If you’re a fan of the Stone Age cartoon “The Flintstones,” you probably remember all the ’60s pop culture references appearing in the show — especially when it comes to music. Although there weren’t any prehistoric versions of The Beatles in real life, a new study finds Stone Age humans still knew how to party. Researchers in Finland have discovered that these hunter-gatherers not only listened to, but danced along to the far-out sounds produced by animal teeth more than 8,000 years ago.

The University of Helsinki’s Riitta Rainio says Stone Age humans used collections of elk teeth tied to their clothing to make some of the first musical pieces created by man. Researchers examined the decorated remains of prehistoric humans at the Yuzhniy Oleniy Ostrov burial site in Russia to reach these conclusions.

“Ornaments composed of elk teeth suspended from or sown on to clothing emit a loud rattling noise when moving,” says Rainio, as auditory archaeologist, in a university release. “Wearing such rattlers while dancing makes it easier to immerse yourself in the soundscape, eventually letting the sound and rhythm take control of your movements. It is as if the dancer is led in the dance by someone.”

Rainio isn’t just speculating on what these Stone Age raves sounded like, she also tried it out for herself. The researcher danced along to the beat for six straight hours while wearing a modern version of the same elk tooth ornaments discovered in Russia.

With help from artist Juha Valkeapää, Rainio’s performance revealed how each tooth wears down over time as the musical collection bangs together during the Stone Age dances. The team also found that the sounds they make depends on both the quality of the teeth and the number each person wore.

So humans wore skins covered in the teeth of animals from their hunting grounds 8,000 years ago. Does this really prove they also got their groove on around the campfire? The Finnish team says markings on those teeth prove it does.

Study authors examined the microscopic marks on each tooth before and after dancing. They then compared the damage to the teeth to ones in the Yuzhniy Oleniy Ostrov graves. Evgeny Girya, an archaeologist specializing in micro-marks at the Russian Academy of Sciences, finds the chips, cuts, and smoothened surfaces on the teeth in Rainio’s experiment closely resemble the markings on elk teeth from four graves at the burial site. In fact, the Stone Age teeth show even deeper wear marks than the ones from the six-hour performance.

“As the Stone Age teeth were worn for years or even decades, it’s no surprise that their marks are so distinctive,” Girya says.

“Elk tooth rattlers are fascinating, since they transport modern people to a soundscape that is thousands of years old and to its emotional rhythms that guide the body. You can close your eyes, listen to the sound of the rattlers and drift on the soundwaves to a lakeside campfire in the world of Stone Age hunter-gatherers,” adds Helsinki’s Associate Professor of Archaeology Kristiina Mannermaa.

Overall, researchers discovered 177 graves of men, women, and children at the burial site. Over half of the graves contained clothing with elk tooth ornaments on them. Some of the garments had more than 300 individual teeth attached.

The study appears in the Cambridge Archaeological Journal.

Best Subway Subs In 2023: Top 5 Menu Items Most Recommended By Experts13 mins ago