DENVER, Colo. — Could forgiving college debt keep a student’s heart healthier later in life? A new study reveals graduates who struggle to pay off student loans into middle age are more prone to heart disease, the world’s number one killer.

A team of researchers from across the United States add that this link undermines the usual health benefits that come with higher education.

“As the cost of college has increased, students and their families have taken on more debt to get to and stay in college,” says lead author Dr. Adam Lippert from the University of Colorado in a media release.

“Consequently, student debt is a massive financial burden to so many in the United States, and yet we know little about the potential long-term health consequences of this debt. Previous research showed that, in the short term, student debt burdens were associated with self-reported health and mental health, so we were interested in understanding whether student debt was associated with cardiovascular illness among adults in early mid-life.”

College can leave some with a lifetime of debt

Estimates show that the average college tuition for the 2021-22 school year is over $10,000 for students staying in-state at a public university. If you’re going to school out-of-state, that number jumps to more than $22,000! For those attending a private university, their tuition and fees this year come in at over $38,000!

The study found individuals who failed to pay student debt between young adulthood and early mid-life were more likely to develop cardiovascular disease (CVD). However, the health of those who did pay off their loans equaled or was even better than those who never faced this financial burden.

The team analyzed data from the National Longitudinal Study of Adolescent to Adult Health (Add Health). They tracked more than 20,000 participants from the age of 12 to 44. A subset of 4,193 respondents underwent medical examinations, carried out at home. Researchers also used a measurement tool to estimate each person’s chances of cardiovascular disease over the next 30 years of life. The Framingham cardiovascular disease risk score considers sex, age, blood pressure, smoking status, diabetes diagnosis, and body mass index (BMI). The researchers also looked at levels of a blood chemical called C-reactive protein (CRP), which is a sign of chronic or systemic inflammation.

The team split these participants into four groups including those who never had student debt (37%), those who paid it off (12%), those who took on new debt during young adulthood (28%), and those consistently in debt (24%).

Study authors discovered clinically significant CRP value estimates among those who took on new debt or were consistently in debt between young adulthood and early mid-life. These estimates exceeded their counterparts who never had debt or paid it off. Race or ethnicity had no impact on the results.

“Our study respondents came of age and went to college at a time when student debt was rapidly rising with an average debt of around $25,000 for four-year college graduates. It’s risen more since then, leaving young cohorts with more student debt than any before them,” Dr. Lippert adds. “Unless something is done to reduce the costs of going to college and forgive outstanding debts, the health consequences of climbing student loan debt are likely to grow.”

Further analyses suggest that completing a college degree provides health benefits even to those with student debt. However, these graduates experienced fewer benefits in comparison to non-debtors. Dr. Lippert believes the findings indicate the potential population health implications of debt-financed education.

He adds that although the empirical evidence is clear on the economic and health returns from a college degree, these advantages come at a cost for borrowers.

The study is published in the American Journal of Preventive Medicine. 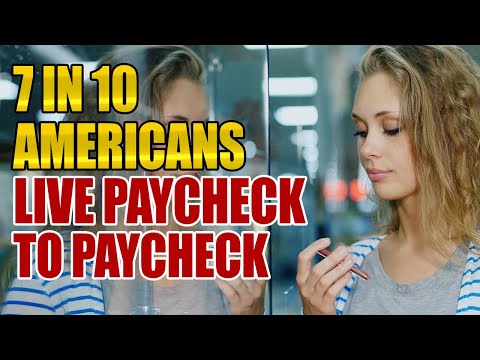 How do you save a friendship? Researchers suggest acting more like them36 mins ago