BALTIMORE — You’ve seen it countless times throughout your life, yet there’s a very good chance you couldn’t pick it out of a lineup. Researchers at Johns Hopkins University found that many people have no idea how to correctly write the most common form of the lowercase letter “g.”

Unlike most other letters in print form, g has two distinct types: the opentail g and the looptail g. The opentail g is the way most people hand-write the letter; it looks like a fish hook hanging from a loop. The looptail g, however is far more common. It’s found in frequently-used fonts — like Times New Roman — that are seen in print by newspapers and other publications. 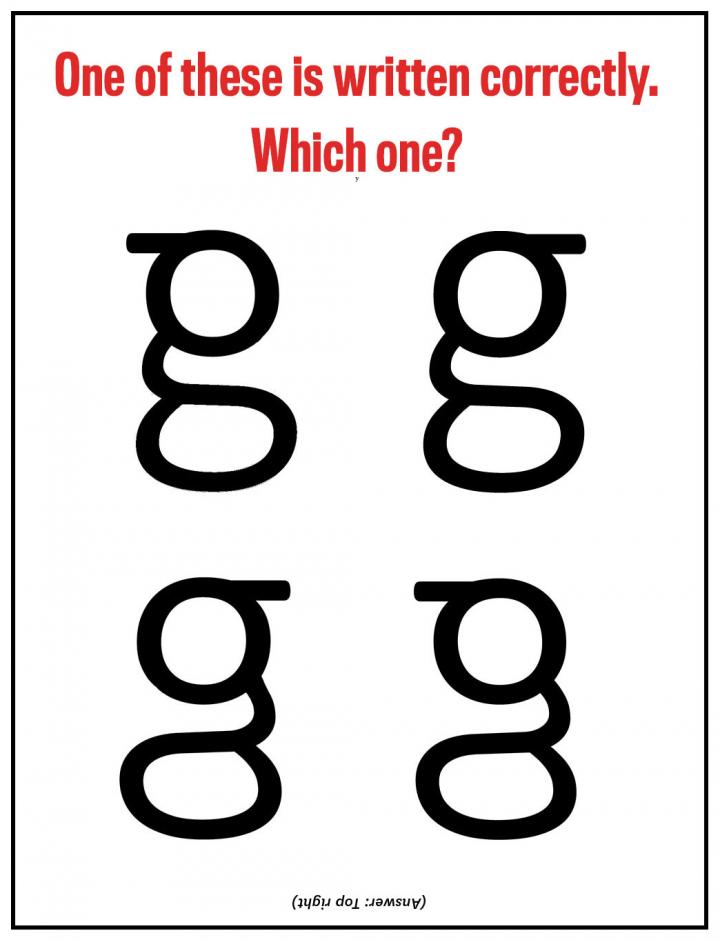 “We think that if we look at something enough, especially if we have to pay attention to its shape as we do during reading, then we would know what it looks like, but our results suggest that’s not always the case,” says senior author Michael McCloskey, a Johns Hopkins cognitive scientist, in a release. “What we think may be happening here is that we learn the shapes of most letters in part because we have to write them in school. Looptail g is something we’re never taught to write, so we may not learn its shape as well.”

McCloskey and his team tested 38 adults on all things g. Most participants didn’t even know there were two types of g. When asked to list all letters that can be written in two ways, only two people mentioned g, and only one printed both correctly.

“We would say, there’re two forms of g, can you write them. And people would look at us and just stare for a moment because they had no idea,” says first author Kimberly Wong, a junior at Johns Hopkins. “Once you really nudged them on, insisting there are two types of g, some would still insist there is no second g.”

Participants were also given printed material to read and instructed to say out loud every word they came across that contained a “g.” They were then told to write down the “g” that they saw used in the reading selection — which appeared 14 times. Even after seeing it that frequently, half wrote the wrong g. The rest attempted the correct g, but again only one wrote it successfully.

Another test had 25 participants take the challenge in the graphic above. Just seven chose the correct “g” out of the group of four.

The authors believe that the looptail g, despite being the most commonly used type, doesn’t stick in our brains because people rarely actually write it, if ever. With digital devices becoming more prominent instead of traditional notebooks, the authors suggest there could be even greater challenges for readers in the future.

“Our findings give us an intriguing way of looking at questions about the importance of writing for reading. Here is a naturally occurring situation where unlike most letters, this is a letter we don’t write. We could ask whether children have some reading disadvantage with this form of g,” said McCloskey. 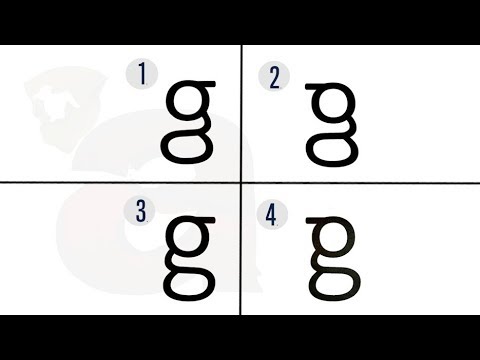 The full study was published in the Journal of Experimental Psychology: Human Perception & Performance.

Best Subway Subs In 2023: Top 5 Menu Items Most Recommended By Experts37 mins ago