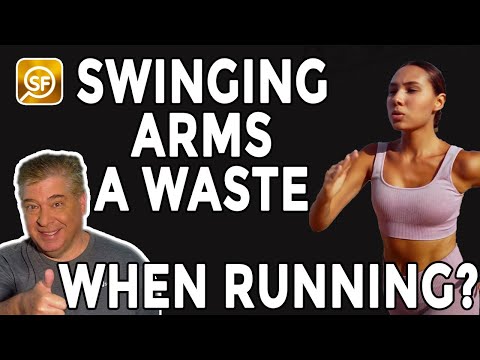 DALLAS, Texas — Do your arms swing when you run? It’s something you might not even notice, while other runners focus on it as part of their perfect stride. However, a new study finds all that arm swinging may do nothing at all for your speed.

Scientists say the common thought is swinging your arms while running propels you forward and acts as a counterbalance to the momentum of your legs. Now, researchers from Southern Methodist University have discovered that arm swinging isn’t so important to speed. Athletes who ran with their arms closed across their chests ran nearly as fast as when they ran with their normal arm swing.

“Our findings suggest the classic view that arm swing directly drives leg motion to affect performance is not well-supported,” says Peter Weyand, co-author of the study and leader of SMU’s Locomotor Performance Lab, in a university release.

“We were surprised by the small magnitude of difference between the two experimental conditions. It is generally believed that the arms substantially influence the movement of the legs, and therefore running speed, which clearly is not the case,” explains lead author Lance C. Brooks, a doctoral student studying with Dr. Weyand in the Department of Applied Physiology & Wellness.

If your arms stop moving, what counters your legs?

When participants ran without swinging their arms, the team noticed extra rotation in their torsos, which could be countering the force of their swinging legs.

“We believe that this extra torso rotation effectively compensated for arm swing to help maintain the body’s forward-facing orientation and the overall mechanics needed for speed,” Brooks adds.

The findings suggest runners use arm motion to stop the body from excessively rotating away and keeping it mostly face-forward.

Does this mean you should start keeping your arms tucked when running? Probably not, as there were only slight differences in racing times. However, the study does help researchers understand the role of arm rotation in running.

“Virtually all runners choose to swing their arms to maintain a forward-facing position,” Weyand says. “The classic studies on the ‘why’ of arm motion during human locomotion are 40 or more years old and focused primarily on walking and jogging. So, performance effects were largely unknown.”

The findings appear in the journal Gait & Posture.

Want to feel happier? Your location may be affecting your emotions, according to millions of Tweets23 mins ago

Done adulting already?! 6 in 10 Gen Zers and millennials say they have burnout from being an adult1 hour ago Done adulting already?! 6 in 10 Gen Zers and millennials say they have burnout from being an adult

Best Songs From The 1980s: Top 5 ‘Greatest Hits’ Most Beloved By Music Experts