PRINCETON, N.J. — As the new U.S. Congress battles over new issues in 2023, the old issues of 2022 are still creating headaches. A new study finds that a tax credit in the Inflation Reduction Act of 2022, which incentivizes the creation of clean energy, actually does more harm than good.

Researchers at Princeton University say the tax credit provides a boost to kick-start hydrogen production. Hydrogen is a clean fuel that produces only water when users consume it in a fuel cell. While using hydrogen may be clean, creating it is a “dirtier” process.

While hydrogen itself does not release carbon, the most common method for creating it uses natural gas in a process called steam methane reforming. So, even making clean energy creates a carbon footprint.

How does the tax credit backfire?

In an effort to clean this process up, the Inflation Reduction Act aimed to promote alternative methods of producing hydrogen — like electricity. The hydrogen-creating process of electrolysis exclusively uses electricity to split hydrogen from water.

Unfortunately, researchers say the source of this electricity is what matters the most. With much of the country’s energy still coming from fossil fuel or coal generators, ramping up electrolysis to take advantage of this tax credit just sends nationwide carbon pollution levels skyrocketing. Simply put, creating more clean energy using methods that pollute the environment end up defeating the purpose of the government’s plan.

“This tax credit makes it economically attractive to expand electrolysis-based hydrogen production across the U.S.,” says Jesse Jenkins of Princeton’s ZERO Lab in a university release. “But we need to be mindful that it’s implemented in a way that actually accomplishes its goal of promoting low-carbon hydrogen production.”

How bad could unregulated hydrogen production be?

The team says that without strict rules in place to make sure hydrogen production is clean, a hydrogen producer who connects an electrolyzer to the power grid today would nearly double their emissions rate compared to someone making hydrogen energy using fossil fuels and steam methane reforming.

Study first author Wilson Ricks says this is because there is no way to track individual electricity flows through the grid from generator to consumer. So, any hydrogen producer who connects their technology to the nation’s power grid increases the overall energy demand.

Even worse, the government tax credit actually incentivizes energy creators to do this! The tax credit pays hydrogen producers based on the amount of hydrogen they produce. This encourages people to operate all the time, close to 24 hours a day.

The team says these problems leave hydrogen producers who want the full tax credit with two options. First, they could supply their own carbon-free electricity and not connect to the nation’s power grid. To do this, they’d have to make use of resources like solar farms near their electrolyzer. Unfortunately, this would also limit where clean energy producers operate.

Second, they could connect to the grid and prove they’re using carbon-free electricity from clean sources.

How can the government make the tax credit work better?

The current carbon accounting approach (annual or volumetric matching) requires a grid-connected company to monitor its annual energy usage. They then have to calculate the total megawatt-hours of electricity used and obtain an equal amount of clean energy produced at any time during the same year. The Princeton team has three key changes for the provision in the Inflation Reduction Act that may fix the problem.

Procure clean energy on an hourly basis: Researchers say this better accounts for daily variations in emissions. Grid emissions are usually lower during the daytime when solar farms are up and running. Instead of incentivizing hydrogen producers to operate around the clock, the team believes this would make producers more accountable for the energy resources they use at any given time.

Hydrogen producers must procure electricity from newly built clean resources: To get the tax credit, the team suggests that energy producers go beyond the goal currently mandated by state governments. If hydrogen makers only take advantage of the current selection of renewable resources, researchers say they’ll quickly need to make up the deficit using fossil fuel and coal generators.

Clean energy resources need to be close enough to the producer to be deliverable: Since electricity can bottleneck in transmission lines, power is limited in the distance it can travel. The current bill allows for the procurement of far-away clean energy resources, which does nothing for cutting system-wide carbon emissions.

When study authors implemented these three requirements to the tax credit, their simulation showed that grid-based hydrogen producers would produce similar emissions to those using their own clean energy resources off the grid.

How much money can hydrogen producers make?

Even with these new rules on the books, the team estimates that creating clean energy is still a profitable business. The cost of implementing these requirements and tracking hourly energy usage would come out to approximately $1 per kilogram of hydrogen. However, researchers say producers who qualify for the full tax credit could bring in $4 per kilogram of hydrogen at current sale prices.

“Even with current high electrolyzer costs, complying with our recommendations should be profitable in many regions across the country,” Jenkins concludes. “If we assume further cost declines, which are likely in the coming decades as one of the intended impacts of the hydrogen subsidy, producers could meet these guidelines on an even wider scale.”

The study is published in the journal Environmental Research Letters. 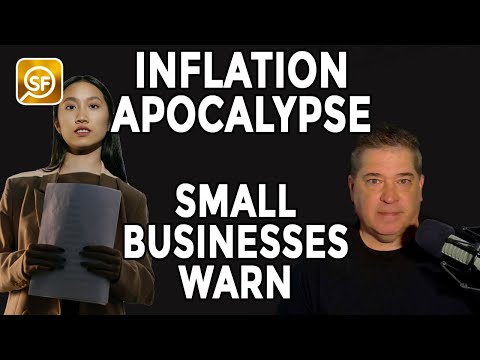 How do you save a friendship? Researchers suggest acting more like them30 mins ago

Who wins Super Bowl LVII? Computers playing Madden NFL 23 have the answer — and the score!57 mins ago