HOUSTON, Texas — Between close encounters and black holes, there are plenty of potential dangers to space travel. Interestingly, however, new research by scientists on the International Space Station and NASA indicates that the very act of being in space is detrimental to the human body.

On Earth, the human body normally creates and destroys an average of two million red blood cells every single second. That’s normal. Up above, though, astronauts living in space for six months displayed a rate of red blood cell destruction registering three million per second. That’s a 54 percent increase.

These incredible findings come from MARROW, a scientific investigation by the Canadian Space Agency (CSA) into bone marrow changes and red and white blood cell functions in space.

A person’s bone marrow creates red and white blood cells. From there, red blood cells go about delivering vital oxygen to the rest of the body. When there aren’t enough red blood cells carrying oxygen to the body’s tissue cells a condition known as anemia can develop. Symptoms linked to anemia include decreased strength, lower thinking capacity, fatigue, and even diminished heart function.

Why is space killing our red blood cells?

Scientists originally theorized that these changes have a link to fluctuations in body fluids that occur naturally when an astronaut first arrives in space. These shifts usually cause a person to lose about 10 percent of the liquid in their blood vessels. This latest work, though, clearly shows increased red blood cell destruction continues long after these initial fluid changes. 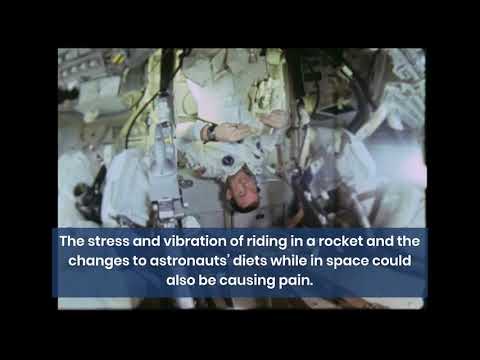 “Our bodies are very good at recycling key ingredients of red blood cells, such as iron, but not perfect,” Trudel explains. “The cost of the increased destruction and production of red blood cells must be taken into account in overall nutrition strategies.”

Upon return to Earth the astronauts’ red blood cell destruction rates decreased rapidly. However, it took about a year or even longer before the rates finally reached levels considered normal. This suggests this space effect on red blood cell behavior may have long-lasting health implications back on solid ground.

“The control of red blood cell numbers changes in space,” Trudel comments. “That may cause structural changes to the organs involved that persisted a year after landing. This was something of a surprise and raises questions that need to be answered.”

Will this end dreams of traveling to Mars?

Study authors say these findings may complicate potential future trips to Mars or the Moon, as well as any hopes of space tourism in the near future. Anyone about to take even a “brief” trip to outer space should undergo both a pre-flight screening for risk factors and post-flight assessment of red blood cell degradation.

“Anyone with any kind of red blood cell problem, such as existing anemia, or a health problem that can worsen with anemia, such as cardiac conditions, should be warned and perhaps take specific measures,” Trudel adds.

These findings are big, but ultimately just a first step. Now that scientists have firmly established that increased red blood cell destruction is behind red blood cell turnover in space, they can start investigating the mechanisms underlying it.

“The work does not give us a treatment or prevention, so we need to dig deeper into the mechanisms,” Trudel concludes. “Nonspecific treatments have not worked. Astronauts are exercising every muscle of their bodies, and these countermeasures have not resolved the hemolysis. Increased hemolysis in space is an important and immediate knowledge gap for longer missions. We need new and specific interventions for crews embarking on those missions.”

The study is published in the journal Nature Medicine.

Best Playgrounds For 2023: Top 4 Backyard Sets Beloved By Experts And Kids4 mins ago

Spoiled rotten: Shopping with the kids adds nearly $50 extra in expenses43 mins ago