New survey reveals how American travelers feel really about everything from smelly food to reclining the seat to wearing PJs when flying.

MILWAUKEE — Travel is back, and many Americans are finally getting out and taking a vacation for the first time in years. Unfortunately, a new survey finds many of them forgot their manners at home!

In a new poll of over 1,000 Americans, 45 percent think travelers are less self-aware and ruder now than they were before 2020. If you need proof that people aren’t taking their fellow travelers into consideration, the poll finds a staggering 94 percent think it’s acceptable to bring smelly food onto an airplane.

While nine in 10 say it’s still a no-no to take your shoes and socks off while flying, 59 percent have no problem wearing their pajamas on the flight.

It might also be a good idea to fly with your friends or family because two in three people think it’s ok to start a conversation with someone sitting next to them on a plane. Only 35 percent say it’s an annoying habit.

When it comes to reclining airline seats, the survey finds most Americans still think of their neighbors first before spreading out. In the poll commissioned by Potawatomi Hotel & Casino, just 38 percent think it’s OK to recline their seat on a long flight of more than four hours. More than half the poll (52%) believe it’s OK as long as they ask the person behind them first. Slightly fewer (35%) think it’s acceptable to recline on a short flight (under four hours). Fifteen percent think it’s entirely unacceptable, however.

As for seating assignments, nearly four in five (78%) think it’s acceptable to ask someone to swap seats. However, if you draw the middle seat on a crowded flight, don’t expect much sympathy from your neighbors. Only one in three believe the person in the middle seat deserves to have both armrests.

Once flyers reach their destinations, hotels are still the most popular accommodation among vacationers. Three in four Americans say they typically stay in a hotel while traveling. Nearly four in 10 (38%) look for a short-term rental property and 25 percent stay with friends.

While 40 percent say cleanliness is the top thing they look for in a travel accommodation, not everyone leaves their room in the same condition they got it. In fact, 28 percent of Americans think it’s acceptable to leave a hotel room dirty or messy when they check out. However, just 12 percent say the same about a vacation rental property.

Despite leaving a pile of dirty towels and messy sheets behind, only 31 percent always leave a tip when staying at a hotel. Just 12 percent leave a tip at an Airbnb.

Regardless of how rude Americans have become during the pandemic, you’ll be seeing more and more of them traveling the globe this summer! The survey finds 62 percent plan to take a summer vacation in 2022. Another 72 percent already have or plan to travel before the end of the year.

Nearly half (48%) will be domestic trips and 42 percent will only be for a weekend. Just 14 percent are traveling internationally and four percent are taking a cruise.

Some of that may have to do with the economy. One in four people admit they’ve had to postpone their travel plans due to inflation. Another 15 percent have canceled their plans completely this year.

And while the COVID pandemic continues its pattern of ebbs and flows, 66 percent of Americans say they will still wear a mask when flying on an airplane, even if it’s not required. 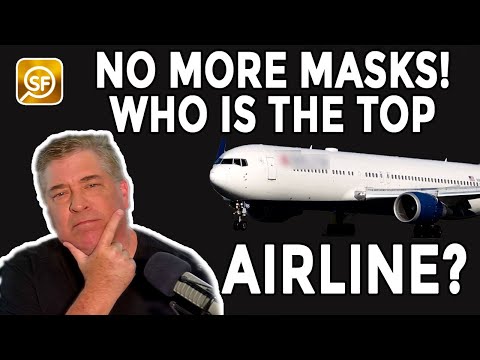