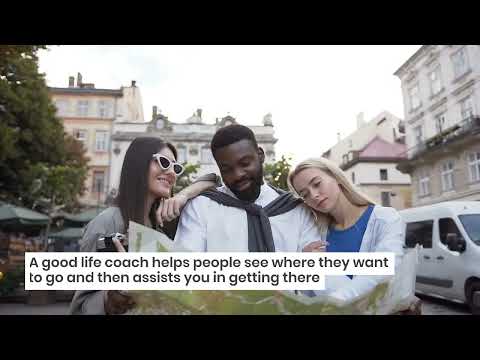 BARCELONA, Spain — Would you consider taking life advice from Amazon’s Alexa or Google Assistant? It may sound silly at first, but researchers from the Universitat Pompeu Fabra in Barcelona say accepting life coaching from a voice assistant can actually improve your well-being.

Typically, a “life coach” helps another person identify their passions and goals in life and then helps them take steps towards achieving those professional or personal goals. A good life coach helps people see where they want to go and then assists you in getting there.

“Using coaching models, we programmed a conversational agent based only on voice, which would guide people to achieve their goals in the same way that a human coach guides you in your session through questions,” says study leader Dr. Laura Aymerich-Franch, a Ramón y Cajal researcher at the UPF Department of Communication, in a university release. “In this study we found that, using the application we created, the psychological well-being of the participants improved.”

Alexa, tell me what to do

The study involved 30 people. Due to the COVID-19 pandemic, researchers conducted the sessions within each subject’s home. Each person had three sessions with NORKIA, a virtual life coach created by the research team. The voice assistant came in the form of an iPhone app and users controlled it using a simple interface.

During the sessions, participants worked with NORKIA to determine what area of their lives they wanted to improve. They also identified the core values of that specific topic and then put together an achievable plan based on the goal-forming concept called SMART (specific, measurable, achievable, relevant, and timely).

At one point, NORKIA asked participants to visualize a world in which they achieved these goals. This is a common technique among human life coaches.

“The results revealed a significant increase in PGI (personal growth) and SLS (life satisfaction) values, and in turn an also significant decrease in negative emotions (PANAS) compared to the status prior to the start of the sessions,” Dr. Aymerich explains. “This suggests that the coaching program contributed positively to psychological well-being, life satisfaction and personal growth.”

The participants themselves reported being very satisfied with the life coaching NORKIA provided.

Voice assistants are already in homes across the U.S.

Recent studies show that just under half of American homes contain at least one smart assistant like Alexa or Siri. Moreover, plenty of apps focusing on mental health have become available in recent years.

“But these applications are not always supported by empirical evidence that demonstrates their effectiveness,” Dr. Aymerich concludes. “Everything seems to indicate that they will be increasingly present in the home. Although for the moment the conversational agent cannot offer the same abilities and services as a session with a coach or a therapist, it can serve to help eliminate attitudinal barriers that still exist when seeking therapeutic support to improve psychological well-being.”

The findings are published in the International Journal of Human-Computer Studies.

Best Of The Best Home Workout Equipment 2023: Top 5 Gym Set-Ups For Small Spaces, According to Experts7 hours ago