LONDON — The majority of us wake up feeling stressed and take an average of 33 minutes before finally “feeling human,” according to a new survey. Respondents agree that brushing their teeth, eating breakfast and downing a cup of coffee are an absolute “must do” within the first 60 minutes.

Having a hot shower, catching up on the news and making the bed are also other actions done first thing in the morning to get ready for the day. For many however, there is no escaping waking up on the wrong side of the bed. The study of 2,000 British adults, conducted by OnePoll, finds one in six feel stressed the moment they wake up.

This isn’t always helped by the alarm, as of the 66 percent who set a timer to wake up to, 51 percent deliberately use an “aggressively loud” tone to start the day. And 66 percent admit they are so tired in the morning, they sleep straight through it at least twice a week!

“The average alarm in the UK is set for 7:10 a.m. each morning (on a workday) — that’s an early start, so why make it harder than it needs to be,” says James Hemmings, general manager for plant-based food energy brand CLIF BAR, which commissioned the study. “We know from our research that waking up the right way can have a huge impact on your day ahead, which is why we commissioned the British Academy of Sound Therapy and [rapper] Dialect to help us create the best alarm sound yet.”

The study also reveals that 39 percent of adults feel drowsy when they first get up, with 30 percent admitting they feel like they never want to get out of bed. That said, more than half (54 percent) truly want to function better in the mornings. Interestingly, 32 percent of respondents claim they can train their body to require less sleep than the recommended hours required.

A quarter of adults admit to even taking a “duvet day” off from work due to being so tired.

The study also finds that after battling through the morning, 69 percent experience a dip in energy around 3 p.m. in the afternoon.

As mentioned, musician Dialect and the British Academy of Sound Therapy collaborated to create the ultimate alarm tone sound to ease you into your morning. The 60 second track is free to stream on SoundCloud, Spotify and Apple Music now, or download onto your phone and set as an alarm tone to help start the day right. 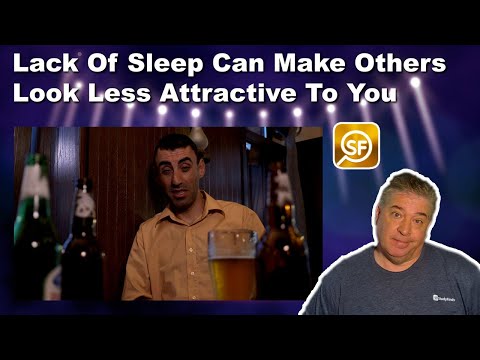