LONDON — There’s plenty of research showing how living near green spaces and enjoying nature can make you happier. Adding some water to the mix can make that effect even greater. New research shows that walking along a canal or riverbank can boost your mental health.The blend of both blue and green space eases anxiety and relieves stress, according to a team at King’s College London.

A study of nearly 300 people revealed that walks along bodies of water led to significant improvements in well-being and mood. Out of the 299 participants, 87 were living with mental illness.

The study also completed and review roughly 8,000 assessments using Urban Mind — a smartphone app that examines the impact of different aspects of the environment.

“Canals and rivers contain not only water but also an abundance of trees and plants, which means their capacity to improve mental wellbeing is likely to be due to the multiple benefits associated with both green and blue spaces,” says Andrea Mechelli, Professor of Early Intervention in Mental Health at King’s College London, in a media release.

“Canals and rivers also provide homes to a range of wildlife, and we know from other research that there is a positive association between encountering wildlife and mental wellbeing. Taken collectively, these findings provide an evidence base for what we thought about water and wellbeing and support the proposal that visits to canals and rivers could become part of social prescribing schemes, playing a role in supporting mental health.”

Nature has a powerful impact on the human body

Studies continue to show that spending time in nature is good for people in a number of ways. The latest analysis is the first to specifically look at blue spaces. The volunteers were invited to complete an ecological momentary assessment three times a day for 14 days.

“Once the arteries of the Industrial Revolution, canals are today playing an equally important role in society as green corridors that bring nature into cities, improving community wellbeing and tackling health inequalities, as well as supporting jobs and local economies,” says Richard Parry, chief executive of the Canal & River Trust.

“The powerful mix of blue, green and wildlife-rich space shows that although built for industry, repurposed canals are actually amongst our most important places of health and wellbeing in our towns and cities.”

In England and Wales alone, people have access to a network of over 2,000 miles of canals and rivers which connect urban and rural areas.

“An astonishing nine million people live within 1km of a canal and whether you’re looking for a free alternative to the gym, a car-free commute to work or the shops, or perhaps just somewhere to hang out with family or friends, I really do urge everyone to find their #HappyPlaceByWater this summer,” says Dr. Amir Khan, a Canal & River Trust ambassador.

“Yet at present the mental health benefits of canals and rivers remain speculative in light of its limited evidence base. To overcome this limitation, we adapted a smartphone-based application (app) that has previously been used to explore the effects of the urban environment on wellbeing, to specifically assess the impact of visiting canals and rivers on self-reported mental wellbeing, a strong predictor of mental health in the general population,” researchers write in the journal PLoS ONE.

The study also collected detailed information on the individuals, enabling the researchers to explore how the impact of visiting canals and rivers depends on characteristics such as age, gender, or having a diagnosis of mental illness.

“A better understanding of the effects of these characteristics is critical for planning and designing urban and rural environments which support mental wellbeing in all citizens,” study authors say.

Study authors measured the impact of visits to blue spaces by asking participants if they were currently outdoors and to specify the type of location they were in. Participants also reported on whether they visited a blue space in the past 24 hours. The team measured current mental well-being using 10 questions to identify levels of confidence, happiness, energy, anxiety, loneliness, and tiredness.

“Compared to being anywhere else, participants were more likely to report feeling safe both during the day and at night, as well as feeling socially included when visiting canals and rivers. In addition, they were more likely to describe the surrounding environment as beautiful, historic, peaceful, and inspiring,” study authors report. “In contrast, participants were less likely to refer to the surrounding environment using negative terms such as ugly, uninspiring, dirty, and dull when visiting canals and rivers.”

“Over half of the world’s population live in cities, a proportion that is expected to rapidly increase in the coming years. Cities are becoming increasingly intensified and engineered with an increasing trend for high-rise buildings and a commensurate decrease in green space. People living in cities may not have easy access to blue spaces such as seas, oceans, lakes, and ponds. Urban waterways (canals and rivers) offer critical access to nature within the urban environment. Our findings suggest that spending time near canals and rivers is associated with better mental wellbeing,” the team concludes. 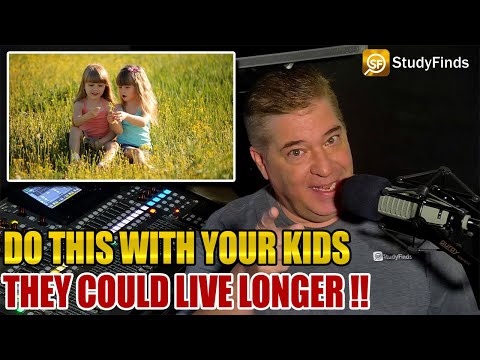