MINNEAPOLIS — Parents, if you want your kids to have long, healthy, and active lives, make sure the kitchen pantry is always stocked with walnuts. An expansive new study covering decades of research reports people who eat walnuts early in life are more likely to be physically active, eat healthy in general, and experience a better heart disease risk profile as they age and enter middle adulthood.

Of course, numerous previous studies show how walnuts pack powerful health benefits. This latest study — partially funded by The California Walnut Institute — is the longest and most exhaustive project to indicate that simply adding a handful walnuts to one’s diet is enough to promote additional healthy lifestyle habits later in life. Moreover, this research suggests walnuts are an easy, accessible food choice capable of improving heart disease risk factors if eaten during young to middle adulthood.

Scientists at the University of Minnesota School of Public Health theorize walnuts may act as a “bridge” to other healthy habits throughout life. They credit the tree nut’s unique combination of nutrients, and its subsequent effect on overall health.

For instance, walnuts are the only tree nut that is an excellent source of plant-based omega-3 alpha-linolenic acid, shown to influence heart and brain health in addition to healthy aging processes. Just one serving of walnuts (1 oz., or roughly a handful) boasts an impressive array of nutrients that support overall health. This includes four grams of protein, two grams of fiber, and a good source of magnesium (45 milligrams). Walnuts also provide numerous antioxidants, including polyphenols.

“Walnut eaters seem to have a unique body phenotype that carries with it other positive impacts on health like better diet quality, especially when they start eating walnuts from young into middle adulthood – as risk of chronic diseases like heart disease, obesity, and diabetes elevates,” says Professor of Epidemiology and Community Health at the University of Minnesota School of Public Health and Lead Researcher on CARDIA, Lyn M. Steffen, PhD, MPH, RD, in a statement.

The more walnuts the merrier?

Data for the research comes from the Coronary Artery Risk Development in Young Adults Study (CARDIA). It’s a long-term ongoing study supported by the National Heart, Lung, and Blood Institute of the National Institutes of Health designed to track and examine the development of heart disease risk factors over time.

Researchers used health metrics from a diverse set of 3,023 otherwise healthy men and women between ages 18-30. Participants’ data was first collected at four field centers located in Chicago, Minneapolis, Oakland, and Birmingham in 1985-1986. Throughout the tracking period, self-reported diet history was recorded on three occasions: At baseline, after seven years had passed, and year 20.  Physical and clinical measurements were also taken during multiple exams over the course of 30 years.

Subjects were placed into one of three categories based on their diets: 352 were deemed “walnut consumers,” 2,494 were placed in the “other nut consumers” cohort, and 177 were called “no nut consumers.” From there, researchers looked for any relationships among heart disease risk factors, including dietary intake, smoking, body composition, blood pressure, plasma lipids (e.g., triglycerides), fasting blood glucose, and insulin concentrations.

The overall average intake of walnuts during the study was roughly three-fourths of an ounce daily. Consumption among “other nut consumers” was about one and a half ounces daily.

“There was a good degree of diversity in terms of the research field locations geographically speaking and the population studied,” Steffen explains. “Following these Black and White women and men for 30 years provides an unparalleled window of study into how lifestyle decisions made in free-living environments in young adulthood can affect health in middle-age.”

Results also show that walnut eaters enjoyed higher self-reported physical activity levels than “other nut” and “no nut” consumers. Perhaps that’s why, in comparison to other nut eaters, they also saw a lower heart disease risk later in life.

Walnuts also served as an accurate indicator of overall diet quality at the 20 year mark. Eating them regularly during young adulthood was favorably linked to a higher total diet quality score in comparison to the other groups. Importantly, walnut eaters also self-reported eating more generally under consumed nutrients and food groups of public health importance according to the 2020-2025 Dietary Guidelines for Americans. Examples include whole grains, fish, vegetables, vitamin B6, fiber, and magnesium. On the other end of the healthy eating spectrum, walnut consumers also tended to eat less red meat, refined grains, added sugars, and saturated fats.

All in all, while these findings are definitely noteworthy, and confirm earlier work from the CARDIA study, more research is warranted. Randomized controlled clinical trials should be performed among other populations and settings to confirm the findings of this study. Since this project was observational, it ultimately can not conclusively say eating walnuts causes these outcomes.

The study is published in Nutrition Metabolism and Cardiovascular Diseases. 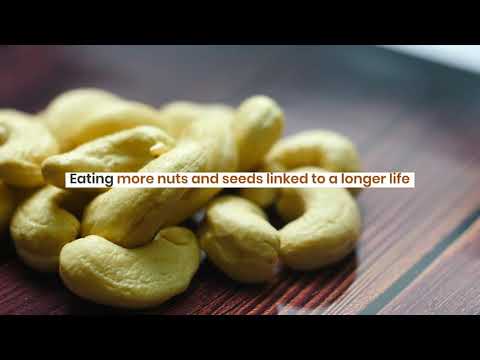