NEW YORK — VEXAS syndrome has been a medical mystery for doctors and scientists alike. In 2020, however, that all changed when researchers identified the genetic basis of the illness. Now, a team from NYU Grossman School of Medicine is revealing even more about the disorder. More specifically, they have a rough estimate of how many people live with the ailment throughout the United States.

According to the study, approximately 13,200 men and 2,300 women in the U.S. over the age of 50 have VEXAS syndrome — a rare disorder with a concerningly high mortality rate.

Up to half of the patients with VEXAS, mostly men, die within five years of diagnosis. The most common symptoms include seemingly unexplainable fevers and low blood oxygen levels among people diagnosed with other conditions, including rheumatoid arthritis, lupus, and blood cancer. Some VEXAS symptoms even have a connection to an overactive immune system, which can lead to inflammation. With that in mind, doctors consider the syndrome an autoimmune disease.

All in all, the research team at NYU Grossman hope their findings help spread awareness about the syndrome among doctors and the public. Crucially, they add that high-dose steroids, JANUS kinase inhibitors, and bone marrow transplantation have all proven effective in controlling certain symptoms associated with VEXAS.

“Now that we know VEXAS syndrome is more common than many other types of rheumatologic conditions, physicians need to add this condition to their list of potential diagnoses when confronted by patients with persistent and unexplained inflammation and low blood cell counts, or anemia,” says geneticist and study lead investigator David Beck, MD, PhD. Beck, an assistant professor in the Department of Medicine and the Department of Biochemistry and Molecular Pharmacology at NYU Langone Health, in a media release.

A genetic mutation is key to triggering VEXAS

Earlier research led by Dr. Beck traced the origins of VEXAS syndrome to a genetic mutation — a change in the letter code that makes up DNA — within the UBA1 gene (ubiquitin-like modifier activating enzyme 1). That enzyme typically helps breakdown proteins.

The very name “VEXAS” stands for many of its biological characteristics: vacuoles in blood cells, the E1 enzyme, X-linked, autoinflammatory, and somatic.

In this latest research, study authors analyzed the electronic health records of 163,096 mostly Caucasian men and women living in Pennsylvania. All of those individuals agreed to have their DNA screened for signs of genetic diseases. A total of 12 carried the UBA1 mutation, and all of them experienced VEXAS symptoms.

What are the odds of developing VEXAS?

On a statistical level, those numbers indicate that one in 4,269 older American men (over age 50) and one in 26,238 older women either already have or are likely to develop the syndrome. Study authors stress those numbers are higher than many other inflammatory conditions, such as vasculitis and myeloid dysplasia syndrome.

“Our study offers the first glimpse of just how common VEXAS syndrome is in the United States, particularly among men, who also happen to be the most to die from it,” says Dr. Beck, who is leading several clinical research efforts into VEXAS syndrome at NYU Langone’s Center for Human Genetics and Genomics.

The research team assessed the electronic medical records of adult patients who volunteered to participate in the Geisinger MyCode Community Health Initiative to reach these estimates. That program has been gathering data for over 25 years from patients in Geisinger’s 10+ hospitals in Central and Northeastern Pennsylvania. Nearly all the patients who agreed to have their DNA tested were white, and half were over the age of 60.

Moving forward, Dr. Beck and his team are planning on analyzing patient records across more racially diverse groups, particularly among those with higher rates of rheumatologic and blood disease. This will hopefully foster a stronger understanding of who is most at risk of VEXAS syndrome. Researchers also want to continue searching for additional genetic causes, test new therapies for treatment, and even develop a simple blood test for UBA1 to facilitate easier diagnosis.

The study is published in the Journal of the American Medical Association (JAMA). 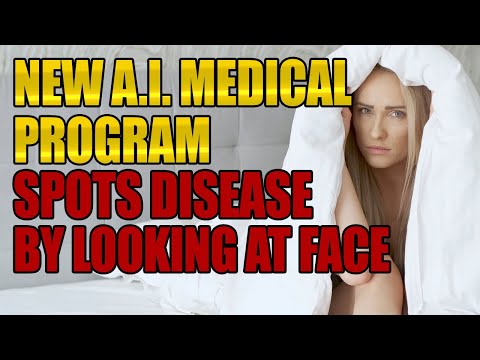