BERKELEY, Calif. — Many people who like to base their beliefs and political leanings on fact are often bewildered when they find people who still believe that the Holocaust was a hoax, the Earth is flat, climate change isn’t real, or vaccines cause autism. But a new study suggests the true reason why these false beliefs and other conspiracy theories like them persist in some corners of our society may simply be even the slightest bit of positive reinforcement from within their respective echo chambers.

Researchers from the University of California, Berkeley found that people are more likely to believe something based on the positive or negative feedback they receive in response to opinions, tasks, or interactions rather than logic or objective fact.

“If you think you know a lot about something, even though you don’t, you’re less likely to be curious enough to explore the topic further, and will fail to learn how little you know,” said UC Berkeley Ph.D. psychology student and lead author Louis Marti.

The theory lends itself to more than just conspiracy theories. Other beliefs such as old wives’ tales as health remedies or superstitious mantras and rituals may sway individuals after being seemingly effective every now and again.

“If you use a crazy theory to make a correct prediction a couple of times, you can get stuck in that belief and may not be as interested in gathering more information,” says senior author Celeste Kidd, an assistant professor of psychology at the university.

When it comes to the most unlikely of beliefs, researchers say social media and partisan cable news programs can lead to this cognitive dynamic.

For their study, researchers tested 500 adults with an online that asked them to identify different combinations of colors and shapes, looking for a specific, contrived shape called a “daxxy.” The study participants, of course not having any idea what a daxxy actually was, had to blindly guess while they looked at 24 different colored shapes on their computer screens. They received feedback on whether they guessed right or wrong. The participants were asked to rate the certainty of their guesses.

“What we found interesting is that they could get the first 19 guesses in a row wrong, but if they got the last five right, they felt very confident. It’s not that they weren’t paying attention, they were learning what a daxxy was, but they weren’t using most of what they learned to inform their certainty,” says Marti. “If your goal is to arrive at the truth, the strategy of using your most recent feedback, rather than all of the data you’ve accumulated, is not a great tactic.”

The study is published in the journal Open Mind. 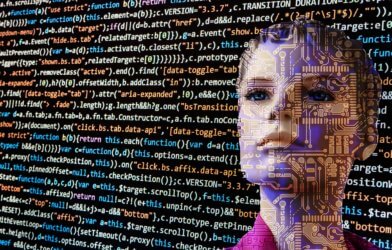