The study, conducted by neuroscientists from the Brain and Mind Institute at Western University in Canada, involved more than 40,000 participants worldwide. Individuals tracked their sleep over a three-day period in 2017 and then underwent a battery of tests evaluating brain function and cognitive abilities. They also provided important details about their daily lives and habits — everything from education levels to medications they used — in an extensive questionnaire.

“We really wanted to capture the sleeping habits of people across the entire globe. Obviously, there have been many smaller sleep studies of people in laboratories but we wanted to find out what sleep is like in the real world. How do real people sleep, how much sleep do they get, and what affect is it having on their brain,” says study co-author Adrian Owen, a professor at the institute who specializes in cognitive neuroscience and imaging, in a university interview.

Interestingly, the researchers found that all humans were created equal when it comes to sleep. That is, the optimal level was the same across the board, no matter the age of the individual. Similarly, levels of impairment from too little or too much shuteye made no difference when it came to age.

“We found that the optimum amount of sleep to keep your brain performing its best is between 7 to 8 hours every night and that corresponds to what the doctors will tell you need to keep your body in tip-top shape, as well,” notes lead author Conor Wild. “We also found that people who slept more than that amount were equally as impaired as those who slept too little.”

That impairment was particularly troubling for those who slept for no more than four hours. The authors say those adults performed as if they were about nine years older on the follow-up exams, which tested functions including attention, reasoning, verbal short-term memory, planning, and cognitive flexibility. Reasoning and verbal abilities were most impacted by sleep, while short-term memory was least affected.

“I think we’re all keenly aware when we don’t get enough sleep. You can feel it in your body, you might feel that your brain is slightly foggy. But what you might not realize is that some of our brain functions are more impaired than others,” says Wild. “Specifically that our ability to solve some kind of complex, everyday problem like setting the timer on your coffeemaker or doing your taxes, you’re not going to be able to do that as effectively if you’re not getting enough sleep.”

These findings are only the beginning for the researchers. Owen and Wild are still reviewing the data and will continue to draw more conclusions about how sleep affects different people from different walks of life.

“Actually, we have a lot more that we’re going to do with this data. We collected a lot of other information about people that we even haven’t managed to look at yet,” says Owen. “What we wanted to do is to to pull out the main findings, to find out how much sleep they’re getting, and how is that affecting their cognitive performance. But of course there’s lot of other factors. There’s the effect of aging, are there differences between men and women? How are people in different countries dealing with different amount of sleep, these sorts of things. We’re now going to pick apart the data we already have. This is one of the tremendous advantage of having 40,000 people respond.”

The results from this first segment of the study were published September 13, 2018 in the journal SLEEP. 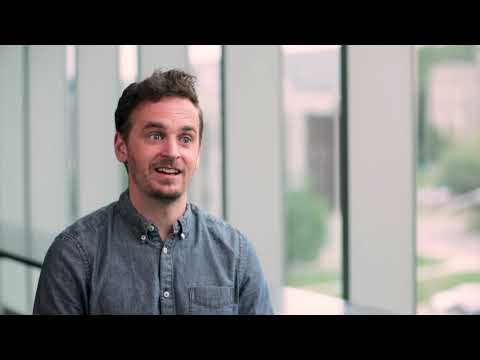 Spoiled rotten: Shopping with the kids adds nearly $50 extra in expenses29 mins ago