‘Right now, not as many climate models focus enough attention on middle scenarios. That should change.’

BOULDER, Colo. — There are many studies out there warning people that climate change could lead to the end of our world. Yes, climate change is very real and poses a serious threat to the health of our planet. However, researchers at the University of Colorado-Boulder have a simple message for scientists who focus on the most dire effects of global warming: chill out.

In a letter in the Proceedings of the National Academy of Sciences, the authors write that many scientists are focusing way too much of the worst-case scenarios of climate change and environmental shifts all around the globe. While the team notes that these problems are real, constantly preaching impending doom is counter-productive and overshadows the more likely outcomes of global warming. These more-likely outcomes fall into the middle of the climate change conversation — not good, but also not extremely bad.

“We shouldn’t overstate or understate our climate future,” says CU Boulder assistant professor Matt Burgess, a fellow at the Cooperative Institute for Research in Environmental Sciences (CIRES), in a media release. “People need to think in terms of gradations, not absolutes. Yes, we need to be aware of the extremes, like climate solutions that get us to net zero before mid century, or on the flipside, global catastrophes. But it’s what’s in the middle that is more likely. And that deserves more research.”

The letter answers back to a recent study in PNAS called “Climate Endgame.” Led by the University of Cambridge’s Luke Kemp, the report argues that catastrophic climate futures need to be the main focus of climate research — including scenarios that predict human extinction.

One of these worst-case scenarios is a climate change model called RCP 8.5. However, the CU Boulder team says there are many other models which will likely become reality over the next century. “Right now, not as many climate models focus enough attention on middle scenarios,” Burgess says. “The SSP2-3.4 scenario, which might be one of most plausible emissions scenarios, wasn’t featured at all in the IPCC’s latest impacts and physical science reports. That should probably change.”

“We want to know what might happen in extreme scenarios, and physical climate cycle feedbacks might make warming worse than emissions would suggest. But for the emissions in that scenario to happen, all the regions in the world in 2100 would need to have over $100k GDP per capita, with no climate policy the whole century, all-in on coal, despite facing unlivable heat in tropical regions with the warming that scenario produces. That’s just not realistic.”

At the same time, the researchers note that models which come in on the low-end of the climate change spectrum are probably going to be incorrect too. These forecasts predict that temperatures will only rise by less than three degrees by 2100.

“That would be a daunting task to keep us that low—we are almost there now,” Burgess explains.

Where will climate change take us in the future?

The new report notes that several experts agree that temperatures will likely rise by 3.6 to 5.4 degrees by 2100. By focusing on these “middle-ground scenarios,” the team says scientists can focus on how that change will impact local communities and humanity as a whole. This includes the impact of more severe heat waves and the shrinking number of areas seeing snow in the winter.

Researchers also note that “climate catastrophism” has a significant impact on the youth mental health crisis. Over 40 percent of young adults say they dwell on climate change issues, and it negatively affects their daily lives.

“We don’t want to ignore the possibility of catastrophic societal collapse or human extinction, but it shouldn’t be our main focus right now,” Burgess concludes. 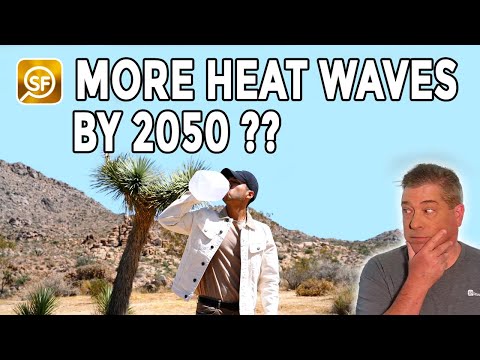 Best Tablets For Kids In 2023: Top 5 Devices Most Recommended By Experts55 mins ago