READING, United Kingdom — Sinks in public restrooms could be putting you at risk for serious infections due to the fungi lurking in their drains. Researchers from the University of Reading have found that sink drains and p-traps are home to a surprising number of micro-organisms — with some of them actually feeding on soap!

Study authors tested more than 250 sinks in public restrooms for fungi, including the highly toxic black mold. Results show that each of these sinks had similar formations of yeast and mold, proving that sinks in public areas share a role in spreading harmful organisms. There was no difference between male and female restrooms.

“We spend 90% of our time indoors so we are exposed to fungi in our homes and workplaces. For most people, this isn’t a problem, but for those who are immunocompromised, certain fungal species can cause serious infections,” says project leader Dr. Soon Gweon in a university release.

“It isn’t a big surprise to find fungi in a warm, wet environment. But sinks and P-traps have thus far been overlooked as potential reservoirs of these micro-organisms. This could be a really important finding for those who are trying to help immunocompromised people avoid infections by some of the opportunistic pathogens that may be lurking in sinks, such as Fusarium.”

Researchers also found that the types of fungi living in these sinks are able to survive high temperatures, low pH (or acidic conditions), and even a low-nutrient environment. In fact, some varieties hiding in sink drains feed off of soap and detergents, which are rich in carbon.

“Although these findings don’t present a health concern in the environment we are in, were the location a hospital or care home, with many immunocompromised people, this finding could point to a serious risk to health,” Dr. Gweon concludes.

A previous study by University of Reading researchers found that constant handwashing during the COVID-19 pandemic was filling sinks with disease-causing bacteria colonies. Among those germs included strains of Salmonella and E. coli.

“We would like to see cleaning protocols developed that can address the colonization of sinks and P-traps, particularly in environments where many people will use a single sink.”

The findings are published in the journal Environmental DNA. 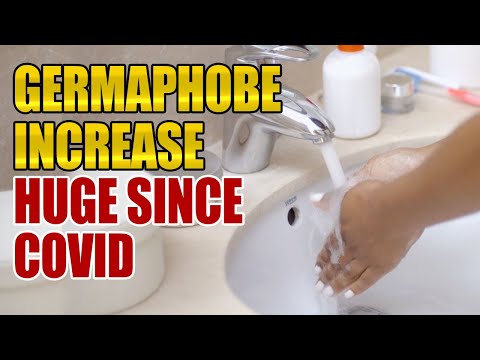 Best Luggage For Kids In 2023: Top 5 Children’s Suitcases Most Recommended By Experts14 mins ago

Best Hotels In San Juan, Puerto Rico: Top 5 Places To Stay, According To Experts38 mins ago