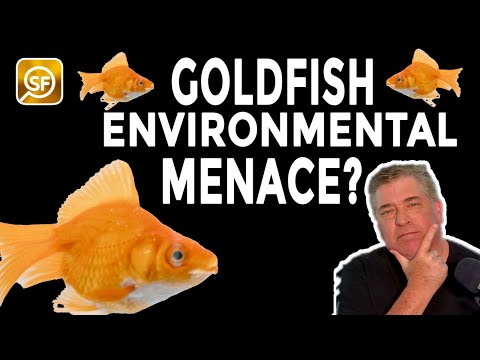 BELFAST, Northern Ireland — Goldfish are the quintessential starter pet; they’re cute, tiny, and easy for kids of all ages to take care of. Surprisingly, however, researchers from Queen’s University Belfast report these golden little guys may actually spell big trouble for surrounding ecosystems if they enter the wild.

Many pet owners consider “setting their pets free” to be the more humane option in comparison to the alternatives. When it comes to goldfish, this approach may do more harm than good, researchers warn.

To start, it’s important to understand that the pet trade accounts for a third of all aquatic invasive species. Generally speaking, invasive species are one of the top causes of global biodiversity loss. So, in an effort to better understand the ecological risks posed by various pets, researchers decided to focus on two very common aquatic pets in Northern Ireland: goldfish and the white cloud mountain minnow.

Goldfish were first domesticated well over 1,000 years ago. Since then, non-native goldfish populations have appeared literally all over the globe. White cloud mountain minnows, comparatively, are nowhere near as widespread.

Via a new method focusing on species availability, feeding rates, and behavior, study authors noted the invasiveness of goldfish.

What makes these tiny fish such a big problem?

Researchers call them voracious, tending to eat much more than cloud mountain minnows or nearby native species. Behaviorally, goldfish also appear to be braver and more willing to take risks. This trait is linked to invasive spread.

“Our research suggests that goldfish pose a triple threat. Not only are they readily available, but they combine insatiable appetites with bold behavior. While northern European climates are often a barrier to non-native species surviving in the wild, goldfish are known to be tolerant to such conditions, and could pose a real threat to native biodiversity in rivers and lakes, eating up the resources that other species depend on,” says lead study author Dr James Dickey in a university release.

“Our research highlights that goldfish are high risk, but we hope that the methods developed here can be used to assess others in the pet trade across Ireland and further afield. Readily available species are most likely to be released, so limiting the availability of potentially impactful ones, alongside better education of pet owners, is a solution to preventing damaging invaders establishing in the future.”

The study is published in the journal NeoBiota. 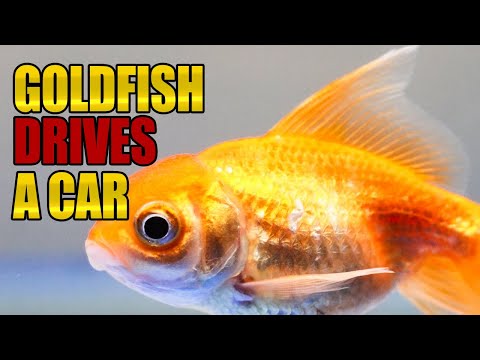