NOTRE DAME, Ind. — Don’t beat yourself up if you can’t help but sleep in for an extra few minutes most mornings. Researchers from the University of Notre Dame focused on the tendency to hit the snooze button and found most people (57%) habitually sleep in.

Generally, studies show it’s healthier and more efficient to be an early riser. A morning spent in bed is a morning wasted, right? Still, most people can relate to the simple pleasure of turning off the alarm clock and drifting back to sleep for an extra snooze. Surprisingly, the act of sleeping in is a significantly understudied topic across the scientific and medical communities; why do we enjoy sleeping in so much? How often does the average person hit the snooze button? The team at UND set out to answer these questions.

“Most of what we know about snoozing is taken from data on sleep, stress or related behaviors,” says lead study author Stephen Mattingly, who conducted the research while a postdoctoral researcher at Notre Dame, in a university release. “Alarm clocks, smartphones, they all have snooze buttons. The medical establishment is generally against the use of snoozing, but when we went to look at what hard data existed, there was none. We now have the data to prove just how common it is — and there is still so much that we do not know.”

Per the CDC, roughly one in three Americans don’t get enough sleep. This research suggests sleeping in is how many people cope with exhaustion.

When it comes to sleep, ‘night owls are losing’

“These are people who have been in the workforce for years, white-collar workers with advanced degrees — and 57 percent of them are snoozing,” Mattingly explains. “Critically, these statistics are only representative of a small population that is likely to be in the best position with respect to sleep habits. We have no idea about various age groups such as teenagers, lower-income households or any of the populations that are historically more sleep deprived than the respondents of this study. So, the odds are this is probably a conservative estimate of the wider population.”

The research team was also sure to consider each respondent’s chronotype, or when they prefer to go to bed and wake up. Night owls tended to snooze more often and be more tired in general. “In the 9 to 5 world,” Mattingly explains, “night owls are losing.”

“Part of the focus of this study was to demystify what is happening with snoozing,” adds Aaron Striegel, professor of computer science and engineering at Notre Dame. “Is it really worse than waking up to an alarm on the first ring — is it that much different? The recommendation against an alarm is well-founded, but as far as we can tell from the physiology and our data, waking to one alarm or hitting the snooze button and waking to two or three alarms doesn’t make much of a difference. If you need an alarm because you’re sleep-deprived — that’s the issue.”

Sleeping without the alarm clock achieves the best results

When respondents were able to wake up naturally, without an alarm, they usually slept longer and consumed less caffeine. Both snoozers and non-snoozers attained the same amount of sleep, and snoozers weren’t taking more naps, nor did they report feeling tired more often.

“When we are able to sleep as long as we want,” Mattingly comments, “the body experiences a stress response right before waking. That physiological response contributes to an individual feeling alert when they wake up.”

When an alarm blares, it can disrupt natural sleep cycles which may lead to sleep inertia, or the feeling of being tired or groggy.

“When you wake up from a REM sleep state,” Mattingly says, “your brain is most of the way to being fully awake. Hormone levels circulating at that stage are going to be different than when you’re in a deep sleep.”

Researchers explain waking up with an alarm is something of a double whammy that bypasses the body’s natural stress responses that wake us up in the morning. Study authors agree further research is needed to better understand the possible negative health effects tied to snoozing. At the end of the day, though, researchers say what’s most important is that everyone gets as much sleep as they need.

“If you snooze and you’re more alert when you get behind the wheel to go to work, that might be a benefit and a useful one,” he said. “If it reduces dependence on caffeine, that’s another. It’s not uniformly bad — similar to stress. Some stress is good — that’s why we have the fight or flight response. There are times and places for it. There may be cases when hitting the snooze button is actually beneficial,” he concludes.

The study is published in the journal SLEEP. 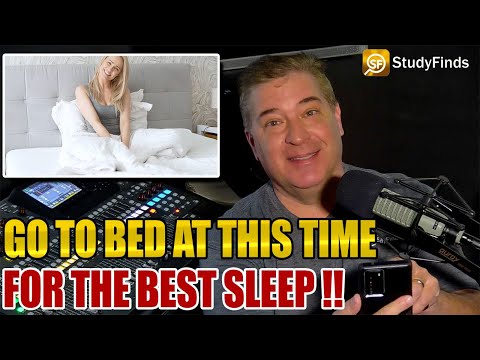