PHILADELPHIA — As if dealing with a deadly pandemic isn’t bad enough, another virus has now exploded onto the scene. The World Health Organization declared the monkeypox outbreak a public health emergency in July 2022, as cases are rising across the United States and throughout the world. While many people may fear they’ll contract the virus, it turns out few actually know all the facts about monkeypox.

Even though monkeypox has come to the public forefront and has been blasted across the news, a new national survey from the Annenberg Public Police Center finds that many Americans know little about the virus. Overall, 80 percent have seen, read, or heard something about monkeypox in the past month.

While one in five are concerned about contracting monkeypox, 48 percent don’t know whether monkeypox is more or less contagious than COVID-19. Another 66 percent are not sure or don’t believe there is a monkeypox vaccine, even though there is.

“It’s important that the public calibrate its concerns to the reality of the risk of COVID-19 and monkeypox and act appropriately,” says Kathleen Hall Jamieson, director of the Annenberg Public Policy Center, in a media release.

Monkeypox, discovered in 1958, is a less deadly member of the same family of viruses as smallpox. According to the Centers for Disease Control and Prevention, the virus is transmitted by direct contact with an infectious skin lesion, scabs, body fluids, respiratory secretions, infected animals, or by touching items contaminated by infectious body fluids.

Pathways to infection are a mystery to many

The survey reveals that many Americans are familiar with monkeypox but lack information about the disease and how to protect themselves. Sixty-nine percent of respondents know that monkeypox usually spreads by close contact with an infected person, however 26 percent are not sure whether that is true or false. Only 34 percent said they know that a monkeypox vaccine exists.

Researchers also asked survey takers if they thought people working with animals have a higher risk of contracting monkeypox. A third said no, nine percent said yes, and 57 percent were not sure.

“The time to reduce susceptibility to misinformation about monkeypox is now,” notes Jamieson. “It is critically important that public health professionals offer anxious individuals accurate information about the ways in which this virus is transmitted and infection prevented. Vaccinating those who are at higher risk should be a national priority.”

Jamieson adds that there are a number of Americans who have embraced conspiracy theories about monkeypox. The survey found that 34 percent are not sure if monkeypox was bioengineered in a lab and 12 percent believe that this is probably or definitely true. However, over half of Americans rejected that conspiracy.

Fourteen percent believe monkeypox was intentionally released into the global population, while 30 percent say they aren’t sure. One in 10 think it’s “probably or definitely true” that scientists released the virus to deflect attention away from the failures of the Biden Administration, while 19 percent are not sure. Another 21 percent of respondents are unsure if monkeypox infections are the result of 5G exposure.

“As one would expect, conspiracy theorists have incorporated monkeypox into their pre-existing beliefs that, instead of emerging through natural processes, a spreading virus must have been bioengineered, intentionally released to accomplish a political objective, or is the byproduct of exposure to a pervasive new technology such as 5G,” says Jamieson. 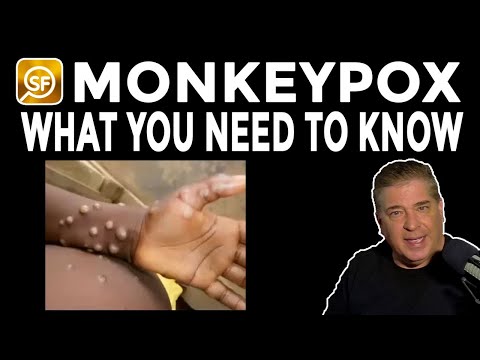