NOTRE DAME, Ind. — When movie reviews posted by both critics and regular viewers share similar content, it bodes well for box office performance, according to researchers from the University of Notre Dame.

A decade or two ago, most Americans browsed their local newspapers for the latest movie reviews. Nowadays, it’s all about online reviews. For example, in 2018 most U.S. adults (63%) said they had a “moderate to heavy reliance” on online reviews while deciding what to watch. Earlier studies have explored the impact of online reviews on box office ticket sales, but all of those projects focused primarily on review volume and ratings. Far less is known regarding how similarities in review content among critics and general viewers impact consumers’ decisions.

At the center of today’s movie review industry is the popular website Rotten Tomatoes, which collects both professional critic reviews for movies and TV shows, as well as “user” reviews written by everyday people. RT aggregates both review categories to form two percentage scores (out of 100%): a “tomatometer” score consisting of all critic reviews, and an “audience score” made up of all user reviews.

After analyzing reviews available on RT, researchers describe a “topic consistency” measure for capturing the amount of overlap between critic and user review content. According to study authors, this relationship does appear to impact movie sales. If critics and users generally discuss the same aspects of a given film in their reviews, it will be more memorable and increase the likelihood people will go see the movie.

Interestingly, the findings suggest this association is stronger for movies with generally mediocre review ratings than it is for movies with extreme ratings fluctuations. It is also more robust when critics’ ratings echo those of users. For instance, when both mention aspects like the plot or the acting.

“We were surprised to find the content overlap between the two groups is a positive predictor of box office revenue,” says study co-author Shijie Lu, the Howard J. and Geraldine F. Korth Associate Professor of Marketing at Notre Dame’s Mendoza College of Business, in a university release, “whereas the content overlap within each group is not.”

The research team focused on both critic and user reviews for the movie “La La Land” during this study. The reviews generally covered the movie’s potential to win film awards.

“This is likely to make a potential moviegoer remember this particular attribute and therefore make them more likely to see the movie in theaters,” Prof. Lu adds. “On the other hand, if critics and users are discussing totally different aspects of the movie, it will be less memorable and lower the likelihood of seeing a movie.”

The team at UND believe their work can help movie producers and marketing agencies alike. Prof. Lu recommends that both groups start paying more attention to online reviews beyond what professional critics post.

“To take advantage of the topic consistency effect, producers should identify similarities and differences between critics’ and everyday moviegoers’ responses and engage with both types of reviewers to find commonalities between reviews,” Prof. Lu explains. “Those should be leveraged and utilized as a part of the movie’s promotion strategy.”

Talking about things the fans want to hear

This can also produce common ground for discussion topics.

“They should introduce a common theme for critics and users to discuss,” Prof. Lu continues. “We observe that an increase of one standard deviation in topic consistency produces a 4.6 percent increase in box office revenue, all else being equal.”

“Also, topic-driven promotion can be applied to movie trailers, posters, blogs and TV and online commercials. This will naturally lead critics and users to address the topics in question,” the study author concludes.

This concept and measurement of topic consistency doesn’t have to be limited to movies. Study authors add this approach can also be applied to reviews for other types of products like cosmetics and book publishing. 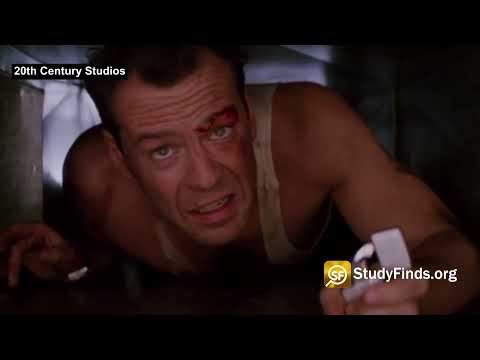