MONTREAL, Quebec — Could there be life swimming in an alien ocean just 100 light years away from Earth? Astronomers in Canada have discovered a new exoplanet that they believe is covered in liquid water just like our world.

A team from Université de Montréal says this planet is slightly larger than Earth and orbits the star TOI-1452, one of two smaller stars in a binary system in the Draco constellation. The planet, designated TOI-1452 b, sits in the “habitable zone,” which means it’s just the right distance from its home sun to support liquid water, without it being too hot or too cold.

Based on examinations of the world’s size and mass, scientists believe this planet may contain a thick layer of water which covers most of its surface, just like some of Jupiter and Saturn’s moons.

“I’m extremely proud of this discovery because it shows the high caliber of our researchers and instrumentation,” says René Doyon, a Université de Montréal professor and director of Institute for Research on Exoplanets (iREx) and of the Observatoire du Mont-Mégantic (OMM), in a university release. “It is thanks to the OMM, a special instrument designed in our labs called SPIRou and an innovative analytic method developed by our research team that we were able to detect this one-of-a-kind exoplanet.”

Why do scientists think it’s an ‘ocean planet’?

The research team, led by iREx member Charles Cadieux, believes TOI-1452 b is likely a rocky planet like Earth. However, it’s radius, mass, and density point to the exoplanet looking a lot different than our home.

In comparison, Earth is actually a “dry” planet. That may not sound right when you think about the water covering 70 percent of Earth’s surface, but the oceans make up less than one percent of the planet’s total mass!

The team believes water is actually much more abundant on other worlds. Previous studies have found exoplanets between the size of Earth and the size of Neptune, which is 3.8 times larger than our planet. TOI-1452 b is roughly 70 percent larger than Earth.

“TOI-1452 b is one of the best candidates for an ocean planet that we have found to date,” Cadieux says. “Its radius and mass suggest a much lower density than what one would expect for a planet that is basically made up of metal and rock, like Earth.”

The University of Toronto’s Mykhaylo Plotnykov and Diana Valencia are specialists in modeling the interiors of worlds outside our solar system. According to their research, up to 30 percent of TOI-1452 b’s mass may consist of water.

Send in the James Webb

So, what happens now? Study authors believe TOI-1452 b is a perfect candidate for the brand-new James Webb Space Telescope to explore. The team adds that this water world is also one of the few temperate planets that’s close enough to Earth for scientists to continue studying its atmosphere. Telescopes are also able to observe this region of space year-round.

“Our observations with the Webb Telescope will be essential to better understanding TOI-1452 b,” Doyon concludes. “As soon as we can, we will book time on the Webb to observe this strange and wonderful world.”

The findings are published in The Astronomical Journal. 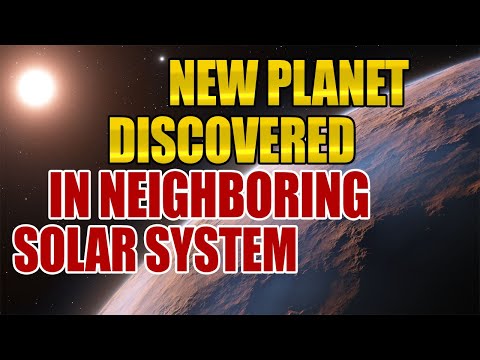 Best Of The Best Valentine’s Day Candy: Top 5 Sweet Treats, According To Expert Reviews3 hours ago