CHICAGO — A dire new study predicts that America’s opioid epidemic is about to get much worse. Researchers from Northwestern Medicine say the coming fourth wave of opioid overdoses “will be worse than it’s ever been before.”

Using a COVID-19 prediction model to determine where opioid-involved deaths will increase, researchers warn the coming wave will not discriminate geographically. Researchers predict there will be dramatic increases in opioid overdose deaths from the most rural to the most urban counties across the U.S.

For the study, researchers analyzed geographic trends in opioid-involved overdose deaths between 1999 and 2020 to find out if geography played a role in the first three waves and hypothetical fourth wave of the country’s opioid crisis. Researchers examined data of 3,147 counties and county equivalents categorized on a six-point urbanity scale — from most urban to most rural. The data came from the Centers for Disease Control and Prevention’s WONDER database.

“I’m sounding the alarm because, for the first time, there is a convergence and escalation of acceleration rates for every type of rural and urban county,” says corresponding author Lori Post, director of the Buehler Center for Health Policy and Economics at Northwestern’s Feinberg School of Medicine, in a university release. “Not only is the death rate from an opioid at an all-time high, but the acceleration of that death rate signals explosive exponential growth that is even larger than an already historic high.”

Opioid deaths have reached this critical mass because users have been combining synthetic opioids with stimulants such as cocaine and methamphetamines.

“We have the highest escalation rate for the first time in America, and this fourth wave will be worse than it’s ever been before,” notes Post. “It’s going to mean mass death.”

“The stronger the drugs, the harder it is to revive a person,” explains study co-author Alexander Lundberg, assistant professor of emergency medicine at Feinberg. “The polysubstance use complicates an already dire situation.”

“It appears that those who have died from opioid overdoses had been playing pharmacist and trying to manage their own dosing,” says Post. “This is a bigger problem because you have people misusing cocaine and methamphetamines along with an opioid, so you have to treat two things at once, and the fentanyl is horribly volatile.”

“The only path forward is to increase awareness to prevent opioid use disorders and to provide medication-assisted treatment that is culturally appropriate and non-stigmatizing in rural communities,” the study author concludes.

The study is published in the journal JAMA Network Open. 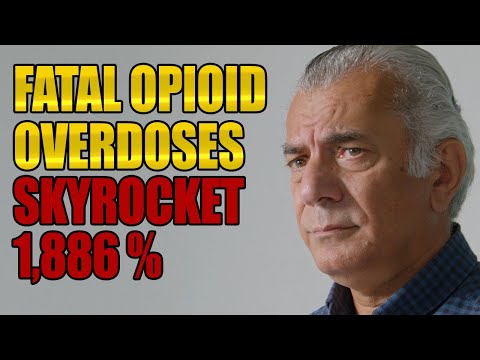 Best Sleeping Bags In 2023: Top 5 Camping Staples Most Recommended By Experts18 mins ago

Want to stop drinking alcohol? All you may need is a greater sense of purpose39 mins ago

Best Of The Best Roller Coasters In America: Top 5 Thrill Rides, According To Experts4 hours ago