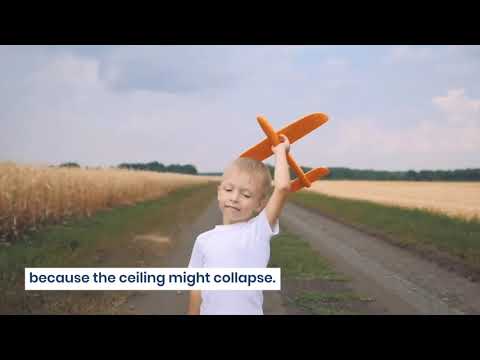 CAMBRIDGE, Mass. — The subject of air travel safety has been a prominent topic of discussion in recent years, mainly due to the two tragic crashes of Boeing 737 Max airliners in October 2018 and March 2019, respectively. Moreover, just this month the horrific downing of a Ukrainian international flight in Iran has left the world grieving. While these incidents and accidents are without a doubt terrifying, they are ultimately isolated events in an otherwise quite safe air travel industry. That’s the main conclusion of a new MIT study that finds it has never been safer to fly on a commercial airline.

“The worldwide risk of being killed had been dropping by a factor of two every decade,” says sole study author Arnold Barnett, an MIT scholar, in a release. “Not only has that continued in the last decade, the [latest] improvement is closer to a factor of three. The pace of improvement has not slackened at all even as flying has gotten ever safer and further gains become harder to achieve. That is really quite impressive and is important for people to bear in mind.”

All that being said, the research did illustrate that there are some safety fluctuations among airlines all over the world. The safest airlines are based in the United States, European Union, Canada, China, Japan, Israel, New Zealand, and Australia. Among only those nations, the combined fatality risk came out to one death per 33.1 million passenger boardings in 2008-2017.

Barnett notes that it was important to take individual nations into account because each country has its own safety regulations for both airlines and airports.

The second set of nations, consisting mainly of Asian countries and some in South America and the Middle East, were placed within an “intermediate risk level,” with a rate of one death per 7.4 million boardings in 2008-2017. Most of the countries in this sub-section are industrializing and improving their air safety statistics at a rapid rate.

The third set of countries, considered the most dangerous, consisted of Asian, African, and Latin American airlines. These carriers saw one death per 1.2 million passenger boardings over the last decade.

“The two most conspicuous changes compared to previous decades were sharp improvements in China and in Eastern Europe,” Barnett adds.

All in all, researchers say that any stress or hesitance travelers feel towards boarding an airplane, especially those in more developed nations, are largely unwarranted.

“Flying has gotten safer and safer,” Barnett explains. “It’s a factor of 10 safer than it was 40 years ago, although I bet anxiety levels have not gone down that much. I think it’s good to have the facts.”

The research also includes some historical information showing that even in today’s most dangerous countries to fly in, the aggregate fatality rate is still much better than it was in the safest nations just a few decades ago. However, there is going to be some fluctuations on a year-to-year basis. For example, in 2017 only 12 people died during air travel, but 473 passed away in 2018.

“Even if the overall trendline is steady, the numbers will bounce up and down,” Barnett says.

It’s for that very reason Barnett decided to look at trends among decades instead of individual years.

In conclusion, Barnett says he understands why many people are reluctant to fly; it’s a natural human instinct. He hopes that his work can help alleviate some people’s fears.

The study is published in Transportation Science.

Best Subway Subs In 2023: Top 5 Menu Items Most Recommended By Experts24 mins ago