PITTSBURGH — Fans of the film “Terminator 2: Judgment Day” likely remember the terrifying scene where the killer robot turns into liquid metal to slide through the prison cell bars. Well, scientists in the real world are now turning fantasy into reality. A team of engineers are working on a Terminator-style shapeshifting robot able to turn from a solid into a liquid and reform itself.

Amazing video footage shows a human-shaped figure turning into a liquid metal to escape a cage before reforming on the other side of the bars. The international team took inspiration from the sea cucumber while designing the miniature robots, which rapidly and reversibly shift between liquid and solid states. Along with being able to shapeshift, the engineers say their robots are magnetic and can also conduct electricity.

The team put the machines through an obstacle course of mobility and shapeshifting tests in the study published in the journal Matter.

Team leader Dr. Chengfeng Pan notes that where traditional robots have a stiff and inflexible frame, “soft” robots actually have the opposite problem. They may be flexible, but they’re also weak and their movements are hard to control.

“Giving robots the ability to switch between liquid and solid states endows them with more functionality,” says Pan, an engineer at The Chinese University of Hong Kong who led the study, in a media release.

The team calls their new phase-shifting material “magnetoactive solid-liquid phase transitional machine.” To do this, they embedded magnetic particles in gallium, a metal with a very low melting point of 85.6 degrees Fahrenheit.

Majidi explains that the new material is very different from existing phase-shifting materials which rely on heat guns, electrical currents, or other heat sources to trigger their transformation from a solid to a liquid. Moreover, the new material has a liquid phase which is “extremely fluid” in comparison to other shapeshifting materials, that are considerably more viscous when they melt. 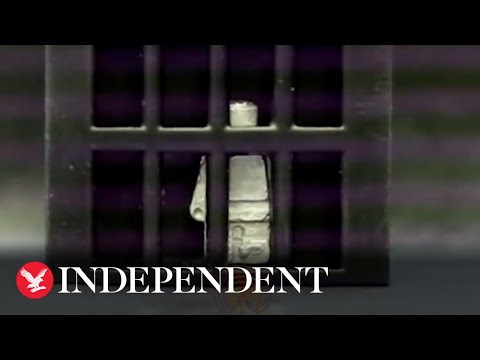 With the help of a magnetic field, the new robots jumped over moats, climbed walls, and even split in half to work as team to move other objects before regrouping! In one test, a shapeshifting robot was able to melt down from the shape of a person in order to ooze through a tiny cage before remolding back into its original shape — just like the Terminator movies.

The robot could become an important medical tool

The team is also testing the robots’ ability to remove a foreign object from a model stomach and deliver medications on-demand in a patient’s body. Additionally, the study demonstrated how the material could work as “smart soldering robots,” creating and repairing wireless circuits and serving as a universal “screw” for assembling parts in hard-to-reach spaces.

“Future work should further explore how these robots could be used within a biomedical context,” Majidi concludes. “What we’re showing are just one-off demonstrations, proofs of concept, but much more study will be required to delve into how this could actually be used for drug delivery or for removing foreign objects.” 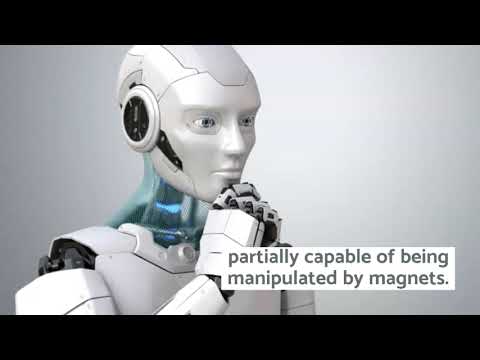 Best Luggage For Kids In 2023: Top 5 Children’s Suitcases Most Recommended By Experts40 mins ago