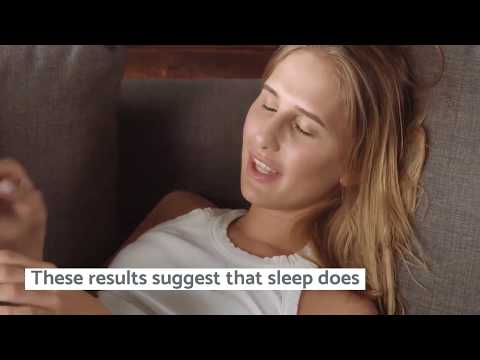 BRISTOL, England — “I’ll sleep on it” is a phrase largely used to procrastinate a bit before making a decision, but a new study out of the United Kingdom finds that a daytime nap before a big decision may just be a scientifically sound strategy. Researchers from the University of Bristol say that naps can help people efficiently weigh the pros and cons of a decision, gain insight, and even process unconscious information.

The results of the study indicated that short bouts of sleep can benefit cognitive brain function, and help us process information that we normally aren’t aware of while conscious.

Previous studies had already established that getting more sleep helps us process information and make decisions. However, it was still unclear if people have to actually be aware of the information they are processing in order to reap the benefits of sleep.

In order to address this, researchers hid information presented to participants in the study by “masking” it, so it was never consciously perceived. However, this masked information was still processed by participants’ unconscious minds.

A total of 16 subjects across a variety of age groups took part in the study. Each person carried out two tasks; a masked primary task and a control secondary task. Participants practiced each task, and then either stayed awake or took a 90-minute nap before tackling the same tasks again.

Both before and after any naps, researchers measured changes in brain activity by measuring electrical activity using an EEG. Those who took naps performed the masked primary task much faster after sleeping, while those who stayed awake showed no improvement. These results suggest that sleep does in fact help the brain process unconscious information.

Additionally, researchers say their findings indicate that even a small amount of sleep will help response time and help people make decisions in general. The study’s authors even went so far as to say that these results point to the human mind processing information gathered while awake in a much deeper way during sleep that is still a mystery to modern science.

“The findings are remarkable in that they can occur in the absence of initial intentional, conscious awareness, by processing of implicitly presented cues beneath participants’ conscious awareness,” explains Dr. Liz Coulthard in a press release. “Further research in a larger sample size is needed to compare if and how the findings differ between ages, and investigation of underlying neural mechanisms.”

The study is published in the Journal of Sleep Research.