RIVERSIDE, Calif. — Could a popular spice in Indian cuisine also hold the key to creating lab-grown blood vessels? Scientists at the University of California-Riverside say these specially-engineered cells and tissues could replace and regenerate damaged tissues in human patients.

Previous studies show that curcumin offers both anti-inflammatory and antioxidant benefits. The powerful compound even boasts anti-cancer properties, suppressing angiogenesis in malignant tumors. Now, bioengineers at UC Riverside have discovered the compound, when delivered through magnetic hydrogels into stem cell cultures, can also help with the development of engineered blood vessels and tissues.

How does curcumin help regenerate cells?

Scientists have long speculated that curcumin may be useful for vascular regeneration, but few studies have tackled the topic. So, Huinan Liu, a bioengineering professor in UCR’s Marlan and Rosemary Bourns College of Engineering, put together an initiative to analyze curcumin’s regenerative properties. The team coated magnetic iron oxide nanoparticles with curcumin and then mixed it all into a biocompatible hydrogel.

When they cultured the magnetic hydrogel with stem cells derived from bone marrow, it started to gradually release the curcumin without injuring any cells. In comparison to hydrogels embedded with bare nanoparticles, hydrogels loaded with curcumin-coated nanoparticles displayed much higher levels of VEGF secretion.

“Our study shows that curcumin released from magnetic hydrogels promotes the cells to secrete VEGF, which is one of the most critical growth factors to enhance the formation of new blood vessels,” says study co-author Changlu Xu, a doctoral candidate in Liu’s group who focused on hydrogel research, in a university release.

In summation, study authors conclude their work suggests this method may one day help to deliver curcumin which heals and regenerates injured tissues.

The study is published in ACS Applied Materials & Interfaces. 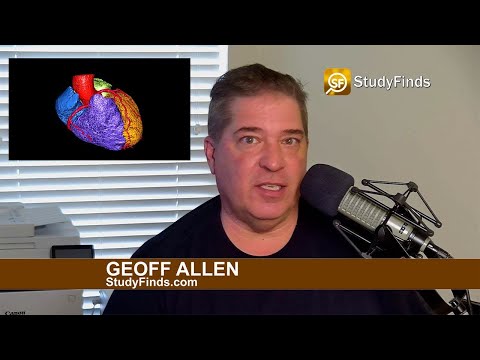 How do you save a friendship? Researchers suggest acting more like them18 mins ago

Who wins Super Bowl LVII? Computers playing Madden NFL 23 have the answer — and the score!45 mins ago