Researchers from George Washington University say most dual users — people who both smoke and vape — are likely to carry on consuming both products. Vaping has a reputation as being a “safer alternative” to smoking tobacco and an avenue to quitting cigarettes.

However, the study found they fail to reduce the habit at a population level.

“This study suggests that at the population level, vaping may not help people kick the smoking habit,” says lead researcher Nandita Krishnan in a media release. “People who concurrently use e-cigarettes and cigarettes experience increased health risks and both products deliver nicotine, which is addictive. We should be trying to help them quit both smoking and vaping.”

Studies show that quitting is the most important thing a smoker can do to improve their health. Despite that, most adults who smoke cigarettes and vape are likely to carry on smoking or continue dual use over the long term, researchers report.

Dual vaping and smoking is harmful and current evidence suggests that it’s also a common habit. However, it’s not clear how people use each product over time and how these patterns of use might interact. The researchers looked at data on 545 dual users across waves in the U.S. Population Assessment of Tobacco and Health (PATH) Study.

4 in 10 keep smoking after trying e-cigarettes

The analysis, published in the journal Tobacco Control, is the first of its kind. At the outset, participants had to be dual users, meaning they were current and regular vapers and smokers.

Their behaviors were tracked at each of four successive follow-up waves of the PATH Study. Over the entire six-year study, quitting vaping early, but continuing to smoke was the most common pattern for more than four in 10 participants (42%). Just one in 10 quit both vaping and smoking early, with one in seven (15%) continuing to use both products.

The frequency of vaping and smoking, nicotine dependence, use of cannabis, and other tobacco products were all influential. Dual users who smoked less frequently were more likely to quit both products early on or gradually quit smoking.

“Our findings suggest that smoking reduction could help dual users to quit using both products; additionally, for those smokers unable or unwilling to quit using nicotine, cutting down on smoking could help them switch to exclusive [vape] use,” the study authors say in a statement.

They add that the results also suggest that “before 2019, [vaping] did not contribute to substantial smoking cessation at the population level.”

“Continued monitoring of trajectories and their predictors is warranted considering the rapid evolution of the [vaping] marketplace,” the team cautions.

E-cigarettes heat a liquid containing nicotine, flavorings, and other chemicals which make an aerosol that users inhale into their lungs. The researchers found using e-cigs – even on a daily basis – does not help smokers successfully stay off cigarettes over the long-term.

A 2015 study found e-cigs were no better than nicotine patches or dummy vaping devices at helping people quit smoking. After a month of switching from tobacco the electronic devices did help smokers kick the habit. Three to six months later, however, users started smoking again. The vaping devices also led to adverse health side-effects including dry cough, throat irritation, and shortness of breath.

The analysis also found e-cig users were more likely to suffer serious problems such as lung inflammation and irregular heartbeat compared with using a nicotine patch. 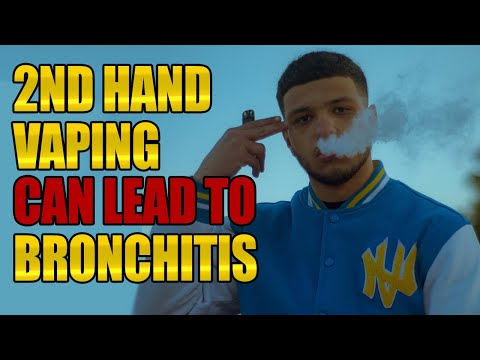 Vaping can ruin your smile, speed up development of cavities, study warnsNovember 28, 2022