These findings are based on fMRI (functional magnetic resonance imaging) readings from dozens of gamers and non-gamers. The research team believes video games may be a viable option for training in perceptual decision-making.

“Video games are played by the overwhelming majority of our youth more than three hours every week, but the beneficial effects on decision-making abilities and the brain are not exactly known,” says lead researcher Mukesh Dhamala, associate professor in Georgia State’s Department of Physics and Astronomy and the school’s Neuroscience Institute, in a university release.

“Our work provides some answers on that,” Dhamala adds. “Video game playing can effectively be used for training — for example, decision-making efficiency training and therapeutic interventions — once the relevant brain networks are identified.”

Gaming may even sharpen your vision

Prof. Dhamala was the adviser to the study’s lead author Tim Jordan. This research is particularly personal to Dr. Jordan, who had weak vision in one eye as a child. During a research project when he was five years-old, Jordan covered up his good eye and played video games. The hope was that this approach would strengthen the vision in his weaker eye.

Today, his eyesight is much better. Jordan believes video games played a key role in helping him go from legally blind in one eye to building a strong capacity for visual processing.

Gamers get the high score for speed and accuracy

This project included 47 college-aged participants; 28 who claimed to be regular video game players and another 19 non-players. Participants laid inside an FMRI machine with a mirror displaying a cue immediately followed by a display of moving dots. Each person had to press a button in their right or left hand to indicate the direction the dots were moving, or alternatively, avoid pressing the button if there was no movement in either direction.

Sure enough, gamers were both faster and more accurate with their responses. Moreover, an analysis of their brain scans revealed notable differences correlating with enhanced activity in certain parts of gamers’ brains.

“These results indicate that video game playing potentially enhances several of the subprocesses for sensation, perception and mapping to action to improve decision-making skills,” the study authors write in a statement. “These findings begin to illuminate how video game playing alters the brain in order to improve task performance and their potential implications for increasing task-specific activity.”

Interestingly, researchers add there was no “trade-off” between speed and accuracy of response. Gamers were better in both areas.

“This lack of speed-accuracy trade-off would indicate video game playing as a good candidate for cognitive training as it pertains to decision-making,” the researchers conclude.

The study is published in the journal NeuroImage. 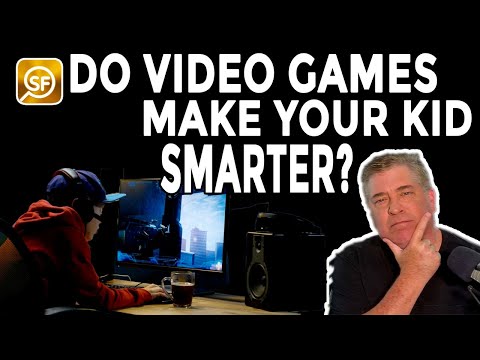