COLUMBUS, Ohio — Adult children are much more likely to have issues with their fathers than they are with their mothers, according to new research.

A team from The Ohio State University found that only six percent of adult children reported any levels of estrangement from their mothers during a long-term study of family relationships. In comparison, more than one in four (26%) said they were estranged from their fathers at some point in time.

Although this can be a difficult time for many, researchers also note that the estrangement doesn’t last forever in most cases. Over four in five cases of estrangement (81%) between mothers and their children end at some point. Two in three cases (69%) between fathers and children also end eventually.

“One of the messages from this study is that estrangement between adult children and their parents is fairly common, especially with fathers,” says lead author and professor of sociology Rin Reczek in a university release. “But these estrangements tend to end eventually.”

The team collected this data from two major surveys, one being the National Longitudinal Survey of Youth 1979. This poll followed a nationally representative sample of men and women who were 14 to 22 years-old in 1979. Researchers interviewed the parents regularly until 2018. They compared this information on parents with a sample of their children, who participated in the Child and Young Adult supplement of the 1979 NLSY survey.

Overall, the study examined child estrangement among 8,495 mother-child relationships and 8,119 father-child relationships. From 1994 to 2018, all adult children were four times more likely to be estranged from their dads. However, researchers say there were even more specific trends that emerged in the results.

Daughters were 22 percent more likely to be estranged from their fathers than sons were. Meanwhile, they were less likely than adult sons to have a poor relationship with their mothers.

For context, researchers defined an estranged relationship as any period where a parent had little-to-no contact and were not close with their child.

The team also found that Black adult children were 27 percent less likely to have a distant relationship from their mothers than white children. Reczek adds that the study confirmed previous research showing that Black mothers are a “uniquely stable feature” in U.S. families.

However, Black and Latino children were more likely to report having an estranged relationship with their fathers in comparison to Caucasians.

Additionally, the study found gay, lesbian, and bisexual children were no different from heterosexuals when it comes to the relationships they have with their mothers. Unfortunately, gay and lesbian children were substantially more likely (86%) to have a poor relationship with their fathers, compared to heterosexual adults. Bisexuals were also three times more likely to be estranged from their dads than straight children.

Why do children reconcile with their parents?

On average, adult children become estranged from their fathers for the first time at age 23, and from their mothers at age 26. Researchers say the transition into adulthood has a lot to do with this.

“Early adulthood is full of transitions such as college, new jobs, marriage, parenthood, all of which can help lead to estrangement or, in some cases, protect against it,” Reczek explains.

Speaking of relationships, married or divorced adult children were more likely to be estranged from their parents than single children. However, having their own kids lowered this risk among adult children and fathers — but not mothers. Also, parents who were older, still working, and fathers with higher levels of education were less likely to be estranged from their kids.

“It may be that when parents are employed and fathers are highly educated, they can provide more support to their adult children and that puts less strain on the parent-child ties,” Reczek suggests.

The team believes that children are also less likely to cut off their parents during old age because they feel responsible for their mother or father’s caregiving. Overall, however, the team could not pin down a specific reason for why children eventually patch things up with their estranged parents.

“We can’t tell from this data why estrangements ended and whether these relationships were permanent after they got back together,” Reczek concludes. “But it was surprising to me how many estrangements did end.”

The results are published in the Journal of Marriage and Family. 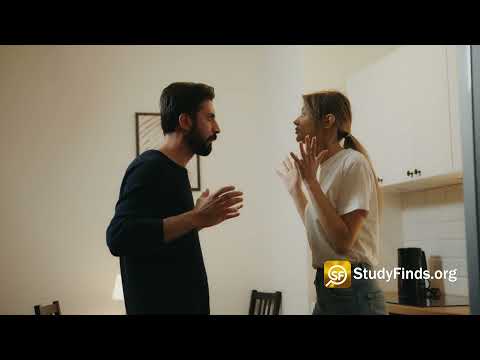