LONDON — An ancient gold coin that experts have thought was a forgery for nearly 200 years is actually real — and reveals a long-lost Roman emperor that history forgot! Researchers in the United Kingdom say the Roman coin depicts Sponsian, a little-known emperor of the Roman province Dacia.

The coin comes from The Hunterian collection at the University of Glasgow. It’s one of a handful of coins unearthed in Transylvania, which is now present-day Romania, back in 1713. Although researchers in the early 18th century originally considered the coins to be legitimate, later studies labeled them as fakes because of their crude, strange design features and jumbled inscriptions.

However, the new study is overturning that decision — finding that the coins were minted locally in Dacia and are a legitimate part of Roman history, revealing the name of the province’s leader during a difficult time for the empire.

“Scientific analysis of these ultra-rare coins rescues the emperor Sponsian from obscurity. Our evidence suggests he ruled Roman Dacia, an isolated gold mining outpost, at a time when the empire was beset by civil wars and the borderlands were overrun by plundering invaders,” says lead author Professor Paul Pearson of University College London in a media release.

The team confirmed the coin’s authenticity after finding minerals on its surface that were consistent with being buried in the soil of Romania for centuries. Researchers also found signs of wear and tear that suggest that local Romans used these coins as local currency.

Why did Dacia make its own coins?

Study authors say Dacia was a region rich in gold mines. However, archaeological studies have found that the region was cut off from the rest of the Roman empire around 260 A.D.

With the empire’s enemies on all sides of Dacia, the team believes Sponsian may have been a local army officer who took control of the province during a period of civil war and political turmoil. Sponsian may have stepped in to secure the area and restore order until Rome could evacuate Dacia — which historians say took place between 271 and 275 A.D.

Since coinage was always a key symbol of power throughout the empire, and Dacia had its own gold supply, researchers theorize that Sponsian had the coins created — since they could not get new money from Rome.

The new study is the first scientific analysis of the Sponsian coins, with researchers using powerful microscopes in visible and ultraviolet light to examine the surface of the unique coinage. The team also used electron microscopy and spectroscopy to study how different wavelengths are absorbed or reflected by the gold.

There are only four coins featuring Sponsian known to still exist, and all come from the 1713 hoard.

“This has been a really exciting project for The Hunterian and we’re delighted that our findings have inspired collaborative research with museum colleagues in Romania,” says Jesper Ericsson, Curator of Numismatics at The Hunterian. “Not only do we hope that this encourages further debate about Sponsian as a historical figure, but also the investigation of coins relating to him held in other museums across Europe.”

The findings are published in PLoS ONE. 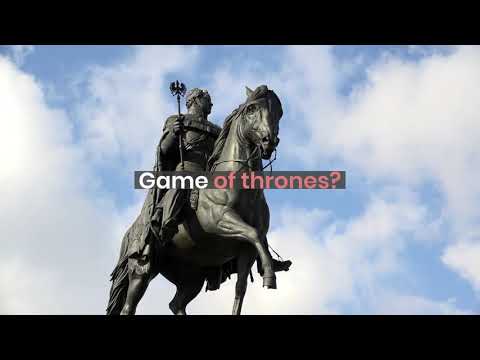 Best Luggage For Kids In 2023: Top 5 Children’s Suitcases Most Recommended By Experts8 mins ago

Best Hotels In San Juan, Puerto Rico: Top 5 Places To Stay, According To Experts32 mins ago