CAMBRIDGE, United Kingdom — An artificial pancreas which helps Type 2 diabetes patients manage their blood sugar levels has been created by scientists at the University of Cambridge.

The announcement comes just days after the United Kingdom’s National Health Service (NHS) gave the green light to using a different artificial pancreas for Type 1 diabetes patients. Researchers say the latest device, powered by an algorithm, doubled the amount of time during which patients’ blood sugar levels were on target. It also halved the time they spent with blood sugar that was too high.

The device combines an off-the-shelf glucose monitor and insulin pump with an app developed by the team, known as CamAPS HX. The app predicts how much insulin is necessary to keep blood glucose at healthy levels.

Earlier studies have found an artificial pancreas running on a similar algorithm works in patients with Type 1 diabetes, including very young children as well as adults. They have also successfully tried out their creation in patients who need kidney dialysis. Unlike the earlier devices, this new artificial organ runs completely automatically, and patients do not need to tell the pancreas when they are about to eat.

How well did the device work?

For the study, the researchers recruited 26 patients from the Wolfson Diabetes and Endocrine Clinic at Addenbrooke’s Hospital in Cambridge and a local group of general practitioners.

The team used several measures to assess the effectiveness of the artificial pancreas. The first was the proportion of time that patients spent with their glucose levels within a target range of between 3.9 and 10 millimoles per liter, the standard measure of glucose levels in blood.

Glycated hemoglobin develops when hemoglobin, a protein within red blood cells that carries oxygen throughout the body, joins with glucose in the blood and becomes “glycated.” By measuring it, doctors are able to get an overall picture of what a person’s average blood sugar levels have been over a period of weeks or months.

For people with diabetes, the higher the glycated hemoglobin levels, the greater the risk of developing diabetes-related complications. After the control therapy, average levels of glycated hemoglobin were 8.7 percent but this fell to 7.3 percent while using the artificial pancreas.

What are the side-effects of using the device?

No patients experienced dangerously low blood sugar levels, known as hypoglycemia, during the study period. One patient needed hospitalization while using the artificial pancreas due to an abscess at the site of the pump needle.

Participants said they were happy to have their blood sugar managed in this way and nine out of 10 (89%) reported spending less time overall managing their condition. Users liked the fact they no longer needed to jab themselves and made them more confident in managing their blood sugar. Downsides included increased anxiety about developing hyperglycemia, which the team say may reflect greater awareness and monitoring of blood sugar levels, and practical annoyances with wearing devices.

“Many people with Type 2 diabetes struggle to manage their blood sugar levels using the currently available treatments, such as insulin injections. The artificial pancreas can provide a safe and effective approach to help them, and the technology is simple to use and can be implemented safely at home,” says Dr. Charlotte Boughton from the Wellcome-MRC Institute of Metabolic Science at the University of Cambridge in a media release.

“One of the barriers to widespread use of insulin therapy has been concern over the risk of severe ‘hypos’ – dangerously low blood sugar levels. But we found that no patients on our trial experienced these and patients spent very little time with blood sugar levels lower than the target levels,” adds Dr. Aideen Daly, also from the Wellcome-MRC Institute of Metabolic Science.

Why is diabetes so dangerous to human health?

According to the American Diabetes Assocation, more than 37 million Americans had diabetes as of 2019. Over 90 percent have Type 2 diabetes. Globally, around 415 million people suffer from the condition.

Type 2 diabetes causes levels of glucose – blood sugar – to become too high. Ordinarily, blood sugar levels are controlled by the release of insulin, but in patients with Type 2 diabetes insulin production is disrupted. This can cause serious problems including eye, kidney, and nerve damage, as well as heart disease.

The disease is usually managed through a combination of lifestyle changes such as a better diet and more exercise and medication, with the aim of keeping glucose levels low. The Cambridge team now plan to carry out a much larger study to build on their findings. They have submitted the device for regulatory approval in the hope it will become commercially available for patients.

The findings are published in the journal Nature Medicine. 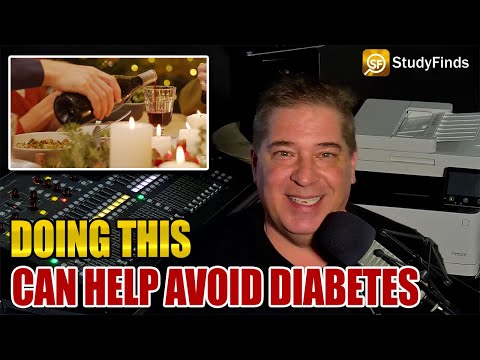 Entrepreneurs are often feverish workaholics. So what’s their secret to avoiding burnout?37 mins ago

Adding milk to coffee doubles its anti-inflammatory power51 seconds ago

Best Steakhouse Chains In America: Top 5 Restaurants Most Recommended For The Finest Filets16 mins ago

Best Luggage For Kids In 2023: Top 5 Children’s Suitcases Most Recommended By Experts60 mins ago