HEFEI, China — Could the single life lead to a higher risk of cancer? A new study finds unmarried individuals have a higher chance of dying from stomach cancer.

Conversely, patients with spouses are more likely to receive an early cancer diagnosis, adding to evidence that having a wife or husband protects people against premature death. Study authors say being single should be one of the factors doctors use when determining how long patients are likely to live.

Married individuals had the best prognosis when it comes to cancer survival, followed by single people and then separated individuals.

“Married people tend to be better off financially. They may also receive emotional encouragement,” corresponding author Professor Aman Xu of the First Affiliated Hospital of Anhui Medical University says, according to a statement from SWNS.

Stomach cancer is the third leading cause of cancer death globally. It claims around 11,000 lives a year in just the United States alone.

Prof. Xu and colleagues analyzed 3,647 cases in the U.S. where the tumor hadn’t yet spread to other organs. Each patients received their diagnosis between 2010 and 2015.

People who were married had the best chance of survival, at 72 percent. Overall, wives fared better than husbands, at 76 percent compared to 69 percent. On the other hand, the odds of survival were lowest among widowers (51%) and widows (61%). Women fared better than men across the board, with female divorcees outlasting their male peers.

Catching tumors early is the key

The study in the Journal of Investigative Medicine is the first of its kind. Doctors have also identified a similar phenomenon for liver and lung cancer patients. The findings come from a mathematical model called a “nomogram.” Participants were randomly divided into 2,719 “trainers” to draw it up and 928 “testers.”

Prof. Xu notes that survival prospects for women were better than those for men.

Each variable was scored from 0 to 100 according to its contribution. Patients were assigned a high or low risk of recurrence or death. The algorithm reliably predicted survival. The C-index, a statistical indicator of agreement, was 0.791. Scientists regard any value over 0.7 as good.

Prof. Xu says tumor size was the largest contributory factor to risk of death or recurrence. The team adds that this isn’t surprising since a larger tumor is more aggressive and barely visible ones grow slower.

The study authors say marital status also had a moderate influence on survival. Married people had the best cancer prognosis, followed by single people. The prognosis for those who were divorced was the worst.

Why are men at a higher risk?

Observed gender differences may also reflect genetic or behavioral differences such as diet and lifestyle, which the study did not account for.

“All patients diagnosed with early stage [gastric cancer] can use our nomogram to assess their prognostic risk after receiving corresponding treatment,” Prof. Xu explains in a media release.

“For high-risk patients, review frequency and follow-up times should be increased. Patients themselves should pay more attention to symptom fluctuation and improvements in lifestyle.”

The team adds that more social help and care should be available for widowed or single people who receive a cancer diagnosis. 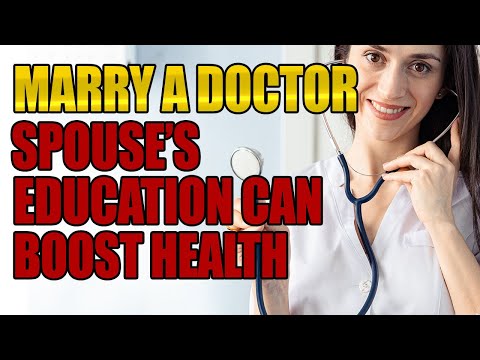