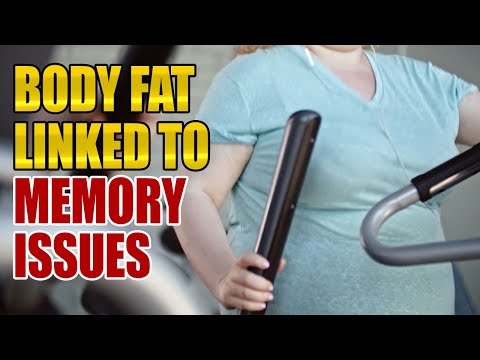 HAMILTON, Ontario — The human body is very much the sum of its parts. If one bodily area is out of whack, it’s very likely that other organs and processes will have a problem as well. Case in point, researchers from McMaster University report higher levels of body fat are a risk factor for cognitive decline, slower thought processing speed, and memory issues.

Even after the research team accounted for cardiovascular risk factors, like diabetes or hypertension, and vascular brain injuries, the result stayed consistent. There was an undeniable association between body fat and lower cognitive scores. This strongly indicates there are additional, but still unclear pathways connecting excessive fat buildup to cognitive decline.

Just over 9,000 participants had their total body fat levels measured via bioelectrical impedance analysis for this project. Moreover, 6,733 of those participants then underwent an MRI assessing both abdominal fat packed around organs (visceral fat) and any vascular brain injuries (brain regions impeded by lack of adequate blood flow).

“Our results suggest that strategies to prevent or reduce having too much body fat may preserve cognitive function,” says lead study author Sonia Anand, a professor of medicine of McMaster University’s Michael G. DeGroote School of Medicine and a vascular medicine specialist at Hamilton Health Sciences (HHS), in a media release.

“The effect of increased body fat persisted even after adjusting for its effect on increasing cardiovascular risk factors like diabetes and high blood pressure, as well as vascular brain injury, which should prompt researchers to investigate which other pathways may link excess fat to reduced cognitive function.”

The volunteers’ ages varied from 30 to 75 years-old, with the average age being 58 years-old. Just over half the group (56%) were women, and all the participants came from either Poland or Canada.

“Preserving cognitive function is one of the best ways to prevent dementia in old age. This study suggests that one of the ways that good nutrition and physical activity prevent dementia may be by maintaining healthy weight and body fat percentage,” explains Eric Smith, a neurologist, scientist and an associate professor of clinical neurosciences at the University of Calgary.