BOSTON — Exposure to a common weed killer may trigger inflammatory bowel disease, a new study says. Researchers from Brigham and Women’s Hospital say the discovery could revolutionize the treatment of other autoimmune diseases such as multiple sclerosis and Type 1 diabetes.

While scientists have discovered around 200 genetic tags associated with the disease, it’s still unclear what specific environmental factors influence a person’s risk and severity of IBD. The new study used various approaches to systematically identify chemical agents that contribute to gastrointestinal inflammation.

Their findings, published in the journal Nature, identified the common herbicide, propyzamide, as a common chemical that increases inflammation in the small and large intestine.

“Environmental factors are known to be just as important as genetic factors in influencing autoimmune and inflammatory disease, yet we lack a method or platform to systematically identify the effect of chemical candidates on inflammation,” says corresponding author Francisco Quintana, PhD, an investigator in the Brigham’s Ann Romney Center for Neurologic Diseases, in a media release.

“Our methodology allowed us to identify a chemical that disrupts one of the body’s natural ‘brakes’ on inflammation. This method can identify new chemical candidates for epidemiological studies, as well as novel mechanisms that regulate autoimmune responses. In addition, this platform can also be used to screen and design for therapeutic anti-inflammatory drugs.”

How does the weed killer affect gut health?

The study authors integrated IBD genetics databases with a large Environmental Protection Agency database, ToxCast, which includes biochemical data on consumer, industrial, and agricultural products. The team identified chemicals that could modulate inflammatory pathways and then used a zebrafish IBD model to test the compounds and determine whether they improve, worsen, or did not affect gut inflammation. While zebrafish are not humans, they share many genetic characteristics, making them ideal for research.

The team then used a machine learning algorithm trained to analyze the compounds to identify additional chemicals in the ToxCast database likely to promote inflammation. Out of the top 20 candidates, 11 used in agriculture, study authors selected propyzamide, which people commonly use on sports fields and fruit and vegetable crops to kill weeds.

Using cell cultures, zebrafish, and mouse studies, the researchers showed that propyzamide interferes with the aryl hydrocarbon receptor (AHR). Prof. Quintana first reported in 2008 that this transcription factor appeared to have a link to immune regulation.

The new study outlines the specific mechanism by which the genetic biomarker leads to increased intestinal inflammation. Now, the research team is working on engineering nanoparticles and probiotics that can target the inflammatory pathway they discovered.

A drug for psoriasis could be key to a new treatment

The U.S. Food and Drug Administration recently approved a topical cream for psoriasis (tapinarof), which functions by activating the anti-inflammatory AHR pathway. This raises the possibility that a similar drug for IBD could take advantage of this mechanism.

Prof. Quintana adds that the activation of the AHR pathway may also be relevant for the treatment of other autoimmune diseases like multiple sclerosis and Type 1 diabetes. Both of these conditions are mediated by similar immune cells.

“The anti-inflammatory AHR pathway we identified could be strengthened to ameliorate disease, and, further down the road, we could also investigate additional ways to deactivate the pro-inflammatory NF-κB-C/EBPβ response,” Quintana says.

“As we learn more about the environmental factors that might contribute to disease, we can develop state- and national-level strategies to limit exposures. Some chemicals don’t seem to be toxic when tested under basic conditions, but we do not yet know about the effect of chronic, low-level exposures over decades, or early-on in development.” 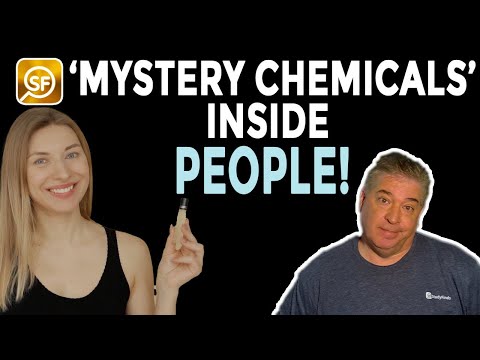