KATOWICE, Poland — Conspiracy theories have always been a prevailing part of pop culture, but the past two years have seen the paranoia reach new heights. Many people may be familiar with the “plandemic” — or the refusal to believe the “official story” of COVID-19. Now, fascinating new research out of Poland reports these conspiracy theories may be harmful for believers, especially those prone to depression and anxiety.

U.S. polls indicate that up to a quarter of Americans believe COVID-19 was “intentionally planned by powerful people.” Meanwhile, across the Atlantic, surveys find that roughly 30 to 40 percent of Western Europeans (France, Italy, Germany, and the United Kingdom) think their local governments have taken advantage of the pandemic to enact stricter controls over citizens or are collaborating with pharmaceutical companies to hide vaccine side-effects.

“These polls show that tens of millions of people are open to belief in some level of conspiracy as a result of the COVID epidemic” says lead researcher Dr. Paweł Dębski of the Medical University of Silesia in a media release. “Our work now shows for the first time that these people are more at risk of more serious anxiety or depression symptoms than the rest of the population. And as the WHO has indicated, false beliefs may also put the rest of the population at risk.”

Conspiracies can weigh on mental health

Numerous researchers from a variety of Polish universities recruited close to 700 volunteers (585 women, 110 men, 5 other) with an average age of just under 25 years-old. The team then asked each participant about their beliefs. For the project, researchers formulated a new way to measure COVID-19 conspiracy beliefs. They dubbed this new method the COVID-19 Conspiratorial Beliefs Scale.

Researchers used that new scale in conjunction with various other surveys, such as the Generic Conspiracist Beliefs Scale and the Hospital Anxiety and Depression Scale. The former scale assesses how much a person believes in general conspiracy theories (illuminati, alien coverups, etc.), while the latter measures anxiety and depression levels.

After completing all of those surveys, researchers pooled the results for each person to gauge if specific belief in COVID conspiracies correlated with belief in other conspiracies, as well as the role or influence of anxiety and depression.

“We see that the severity of anxiety can be increased in those who express a belief in conspiracy theories. However there is a very significant increase in the severity of depression symptoms. At this stage, we are unable to say whether a belief in conspiracy theories cause more anxiety and depression, or whether people who are more anxious and depressed are more attracted to these theories,” Dr. Debski explains.

Which conspiracies theories are most believable?

The COVID-19 Conspiratorial Beliefs Scale presented people with a list of 10 scenarios and asked readers to rate on a scale of one to five how strongly they believed each. The top three most believed COVID-19 conspiracies included:

“This is a fast moving field. COVID has only struck us in the last couple of years, and developing the tools to evaluate the mental health effects takes time. Our recruitment was via the internet, and we need to develop better recruitment methods. Our next steps are to see whether beliefs are related to specific psychological traits, and whether any pro-health messages can help,” Dr. Debski concludes.

The study is published in the journal Frontiers in Psychology. 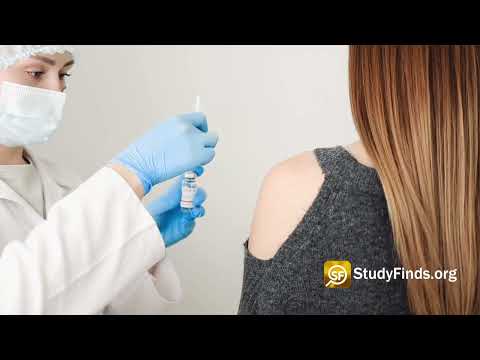