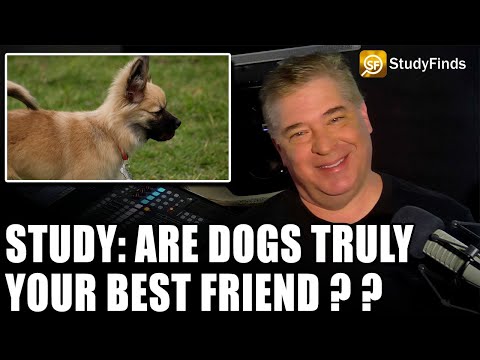 NEW YORK — Two-thirds of Americans claim they spare no expense when it comes to their furry companions. Out of 2,000 dog owners surveyed, four in five say they pamper their dogs as much as possible.

This may be because three-quarters of respondents consider their dog a member of their family. The same number are willing to go the extra mile for their pooch since they have an irreplaceable bond with them. In fact, 79 percent want to give their pups everything they need to feel loved.

Eighty percent say it’s important to them that their furry friend looks clean and well-kept, which is probably why more than half of dog owners take their pup to the salon at least five times a year. For comparison, 42 percent of respondents visit their own salons less often.

Dog parents also love pampering their four-legged companions with “treats and cuddles,” “long walks,” or “new toys.” While 73 percent agree that pampering their dogs is one of the best ways to show them love, a similar number pamper their dog more than they ever thought they would (72%).

Thirty percent of dog owners even own a pet stroller that they carry their dog around in, and another 21 percent plan on getting one to wheel their furry friend around, according to the research conducted by OnePoll in partnership with PuppySpot.

Pet parents have a tough time staying away from their pups. Many take their dogs with them to run errands (51%) or when they’re catching up with friends and family (40%). Two in five seek out restaurants that allow pets and 35 percent prioritize pet-friendly vacation spots so their furry friend isn’t left out of their plans. Dogs are just as important as kids?

Another way dog owners show their pups love is by celebrating their birthday (57%), with new toys (56%), a party (52%), or a trip to hang out with their doggy friends (49%). Three-quarters of pet parents show their love by looking into the perfect items for their dogs (76%), spending nearly 300 hours a year looking for the best treats and toys.

“As a community of dog lovers, we know firsthand about the various ways dog parents show love and affection to their fur baby, and how these moments build trust and create a life-long bond,” says Claire Komorowski, PuppySpot’s CEO, in a statement. “Whether it’s through long walks, special treats, new toys or, simply some cuddles, every dog needs to be cared for in a way that shows them just how special and adored they are.”

Most respondents recall bringing home their dogs as one of the happiest days of their lives (72%). Some of their favorite memories of their dog are times when their puppy fell asleep on them on the way home or the first time they jumped into their lap. More than two-thirds of dog owners consider their dog their best friend (69%), and 73 percent think that having a dog has made them a more sentimental or emotional person.