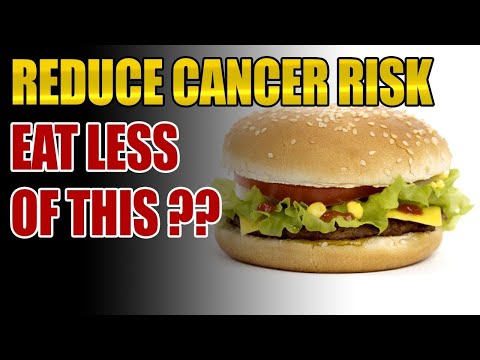 OXFORD, United Kingdom — Even if you’re an avid steak or chicken lover, new research strongly recommends forgoing meat at least a few days per week. Researchers from the University of Oxford report consuming meat five times or less per week is associated with a lower overall cancer risk. In a broader sense, the study indicates the less meat you eat, the lower your risk of developing cancer.

Researchers analyzed a major dataset encompassing 472,377 British adults (ages 40-70) who had been recruited for the UK Biobank program between 2006 and 2010 to reach this conclusion. Back then, each person reported how often they typically ate meat and fish. Study authors then assessed cancer rates and diagnoses among study subjects over the following 11 years. Importantly, other potentially influential factors such as diabetes status, as well as sociodemographic, socioeconomic, and lifestyle considerations, were all accounted for by researchers while making their calculations.

What about specific cancers? When the incidence rates of various cancer varieties were compared with participants’ diets, researchers found those eating meat five times or less weekly had a nine percent lower risk of colorectal cancer. Moreover, risk of prostate cancer dropped by 20 percent among men eating fish but no meat, and by 31 percent for male vegetarians.

Vegetarian post-menopausal women were also 18 percent less likely to be diagnosed with breast cancer, although study authors add the caveat that this finding in particular may have been caused by vegetarian women tending to have a lower body mass index (BMI) than female meat eaters.

Ultimately, the research team cautions that this work is observational in nature, and thus can not establish a clear cut causal relationship between meat eating and cancer risk. In the future, study authors would like to see more research put together on this subject. Ideally, future projects will feature larger populations as well as longer follow-up periods.

The study is published in BMC Medicine.