OXFORD, United Kingdom — Hawks put safety first when landing, according to researchers from the University of Oxford. The study finds hawks purposely control their flight to ensure the safest landing conditions possible when perching – even if it makes the entire process longer and means expending more energy.

These findings are noteworthy on a zoological level alone, but researchers add that better understanding how different birds land may assist in the development of small aircrafts with the capacity to perch like birds in the future.

Study authors fitted four Harris’s hawks with tiny retroreflective markers, and then tracked them as they flew back and forth between two perches. An additional 20 motion capture cameras positioned around the room also recorded their precise movements. This allowed the research team to reconstruct the hawks’ flight paths across over 1,500 flights. Next, computer simulations calculated why different birds chose various paths to the perch.

When an airplane lands on a runway, it has plenty of room to slow down. Birds, on the other hand, must brake much more abruptly before landing on the perch. This is quite a feat of physics; slowing to a safe speed while flying can lead to a stall and a subsequent sudden loss of control.

Breaking down the perfect landing

Researchers observed that the hawks were following a flight path that slowed them to a safe speed while simultaneously minimizing distance from the perch at which they stall. To minimize stalling, the hawks dived downwards while flapping, then spread their wings into a gliding posture while swooping up to the perch.

By selecting a combination of just the right speed and position from which to swoop up to the perch, the hawks ensured they were already within grabbing distance of the perch when they stalled. This kept their landing as safe and controlled as can be.

“We found that our birds weren’t optimizing either the time or energy spent, so their swooping trajectories were neither the shortest nor cheapest options for getting from A to B. Instead, our birds were reducing the distance from the perch at which they stalled and were even better at limiting stall than our simplified computer model,” says co-lead study author Dr. Lydia France from Oxford’s Department of Biology in a university release.

Can birds think faster than machines?

This work is also notable when placed in comparison to AI. Aircraft engineers use computers to solve the perching problem via a trial-and-error approach to data refinement – but it can take hundreds of hours to produce an answer. Somehow, hawks come up with the optimal perching solution after just a few flights. Artificial intelligence still has a long way to go before it can rival natural intelligence in this regard.

“Motion capture technology has allowed us to analyze thousands of flights at a time, tackling questions that we never could have done before. Looking forward, this opens the tantalizing possibility of understanding how animals learn complex motor tasks, like learning to fly, and of revolutionizing how robotic systems can do the same,” concludes senior study author Professor Graham Taylor. 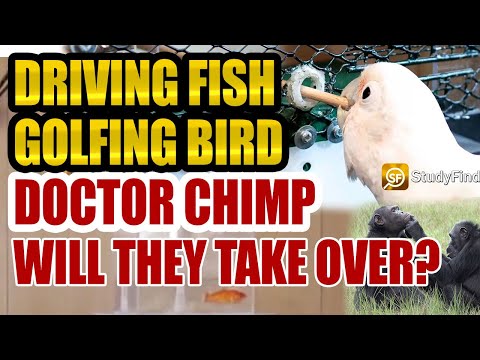