LONDON — “Independence Day” has forever tied aliens to the Fourth of July. Now, a new survey has found that many people think they’ve seen an actual UFO flying over their city!

In fact, 37 percent claim they’ve witnessed something “out of the ordinary” taking place in the sky. While 35 percent convinced themselves it was just an optical illusion, nearly half the poll (45%) say they’ve believed in aliens and UFOs for as far back as they can remember. One in four people call themselves “true believers” in extraterrestrial life.

The survey of 2,000 adults in the United Kingdom, commissioned by Beavertown Brewery to celebrate World UFO Day (July 2nd), also found that a third want to believe aliens are out there, despite not having any facts to back it up.

In the absence of a real spacecraft flying over their heads and saying hello, 36 percent say they get their information about aliens and UFOs from documentaries. Another 24 percent say their info comes from the internet and 22 percent rely on family and friends.

Just like the saying on “The X-Files,” 43 percent believe “the truth is out there.” With that in mind, one in three say they actively go looking for UFOs and the same number have come up with their own stories for an unexplainable event they witnessed.

One in four respondents (26%) think their hometown is an alien “hot spot” when it comes to unusual sightings in the sky. In the U.K., London tops the list of UFO hot spots.

Although a strange sighting may make for some interesting coffee talk, not everyone wants to share their experiences with the paranormal. Only three in 10 say they openly talk about UFOs, while four in 10 prefer to keep their theories about aliens to themselves.

The survey, conducted by OnePoll, also found that 48 percent don’t fully trust anything they can’t find an obvious answer for. That’s why 61 percent add there are certain events in history that still baffle them — like the first Moon landing.

Similarly, the Bermuda Triangle (23%) and the Illuminati (17%) top the list of myths and theories people would like to believe are true. Another 26 percent think Nevada’s Area 51 is where the U.S. Air Force secretly investigates and experiments with alien technology.

“There are lots of strange happenings in the sky and people should feel encouraged to share their stories, especially on days like World UFO Day,” a Beavertown spokesperson says in a statement. “There are more believers out there than we think and we want to celebrate them over a pint.” 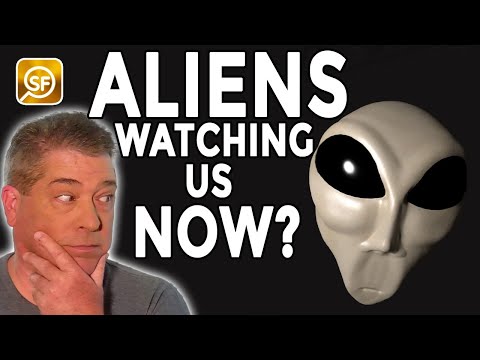