DRESDEN, Germany — Scientists have created a process that can turn plastic into tiny diamonds in the blink of an eye using lasers.

The German team created these precious gemstones with intensive beams pointed at a thin film. These “nanodiamonds” are becoming increasingly vital in the construction of highly-sensitive quantum sensors as well as providing opportunities for recycling plastic waste.

The breakthrough could lead to more demand for water bottles and other containers that often end up in the sea. It also has implications for planetary science, shedding fresh light on what goes on inside Neptune and Uranus.

In tests, researchers shot a laser at a sheet of PET (polyethylene terephthalate) plastic, common in packaging food and beverage containers. The foil-like material briefly heated up to 6,000 degrees Celsius (over 10,800 degrees Fahrenheit) — generating a shock wave.

It compressed the matter to millions of times the atmospheric pressure for a few billionths of a second. This extreme pressure forged the tiny nanodiamonds, the team explains.

“So far, diamonds of this kind have mainly been produced by detonating explosives,” explains Professor Dominik Kraus of the University of Rostock in a media release. “With the help of laser flashes, they could be manufactured much more cleanly in the future.”

How does the process work?

A high-performance laser would fire 10 flashes per second at a PET film which the beam illuminated at intervals of a tenth of a second. Nanodiamonds would shoot out of the film and land in a collecting tank filled with water. There they decelerated, allowing researchers to filter and effectively harvest them.

“The nanodiamonds could be custom cut with regard to size or even doping with other atoms,” Kraus emphasizes. “The X-ray laser means we have a lab tool that can precisely control the diamonds’ growth.”

The team carried out this analysis using the state-of-the-art LCLS (Linac Coherent Light Source) in California which takes X-ray snapshots of atoms and molecules at work.

“Up to now, we used hydrocarbon films for these kinds of experiment,” Kraus says. “And we discovered that this extreme pressure produced tiny diamonds, known as nanodiamonds.”

The group hit on everyday PET, the resin out of which ordinary plastic bottles are made.

“PET has a good balance between carbon, hydrogen and oxygen to simulate the activity in ice planets,” Kraus explains.

Tailored production of nanometer-sized diamonds is already a feature in abrasives and polishing agents. The study in Science Advances established the new method of producing diamonds and confirmed it really does rain diamonds inside ice giants at the solar system’s edge.

“The effect of the oxygen was to accelerate the splitting of the carbon and hydrogen and thus encourage the formation of nanodiamonds,” the study author concludes. “It meant the carbon atoms could combine more easily and form diamonds.”

Scientists now believe giant ice planets are the most common form of planet outside the solar system. Temperatures on Neptune and Uranus reach several thousand degrees Celsius, and their atmospheric pressure is millions of times greater than Earth. 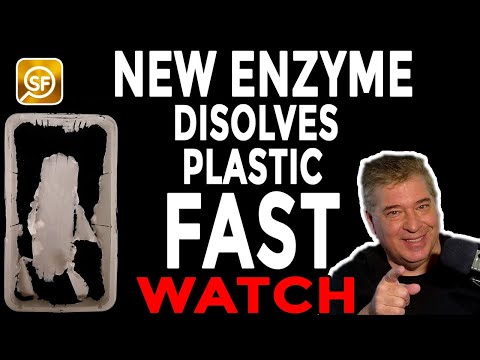