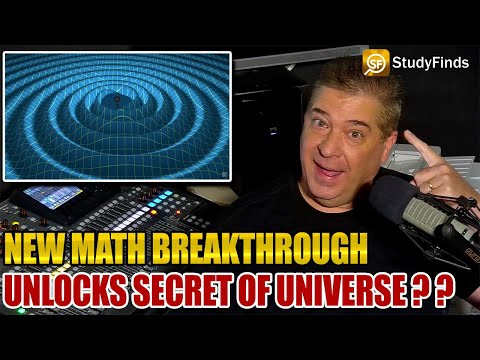 GOTHENBURG, Sweden — A mathematical discovery may help scientists finally combine Albert Einstein’s theory of gravity and the field of quantum mechanics into one universal concept. A team from Chalmers University of Technology and MIT say the breakthrough could eventually help explain the mysteries of our universe — including black holes and dark matter.

One of the biggest challenges for modern scientists is creating a grand “unified theory” which can explain all the laws of nature at the same time. This principle would include Einstein’s general theory of relativity, which explains the relationship between space and time and how gravity affects that bond. It would also include the principles of quantum mechanics, which describes how the world works on the atomic level.

When you put all these things together, you get a theory describing “quantum gravity” that describes nature on a microscopic and macroscopic scale.

“We strive to understand the laws of nature and the language in which these are written is mathematics. When we seek answers to questions in physics, we are often led to new discoveries in mathematics too. This interaction is particularly prominent in the search for quantum gravity – where it is extremely difficult to perform experiments,” explains Professor Daniel Persson in a university release.

Why do scientists need a unified theory?

One of the key mysteries researchers say the theory of quantum gravity would solve is black holes. These massive objects, also called singularities, form when a star collapses under the power of its own gravitational forces. Black holes pull in all surrounding matter and not even light can escape its gravity. To fully understand how they behave, researchers say, “involves spectacular advanced mathematics.”

In the new study, Persson, Berman, and MIT’s Tristan Collins demonstrated how gravity comes from a special quantum mechanical system, in a simplified model of quantum gravity which the team calls the “holographic principle.”

“Using techniques from the mathematics that I have researched before, we managed to formulate an explanation for how gravity emerges by the holographic principle, in a more precise way than has previously been done,” Berman explains. 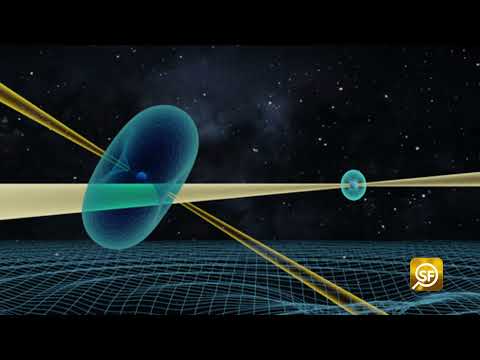 Explaining dark energy and why the universe is expanding

The discovery may provide new insight into another mysterious force in the cosmos — dark energy. This isn’t the same as dark matter, which scientists believe makes up a large portion of the universe. While researchers theorize that dark matter slows down the expansion of our universe, dark energy speeds that process up.

Specifically, the general theory of relativity describes gravity as a geometric phenomenon. To explain that, think of the sheets on a freshly made bed bending and curving when someone sits on it. In the same way, heavy objects in space actually bend the shape of the universe.

While many people probably think of space as an empty vacuum, Einstein’s theory notes that this vacuum still has a “physical” structure. Study authors say if you could examine space under a microscope, you would see “quantum mechanical fluctuations” that look like ripples. This is dark energy. The new mathematical discovery may help scientists uncover how these ripples form.

“These results open up the possibility to test other aspects of the holographic principle such as the microscopic description of black holes. We also hope to be able to use these new connections in the future to break new ground in mathematics,” Persson concludes.