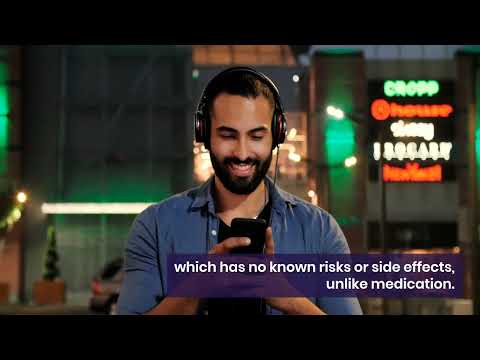 ROTTERDAM, Netherlands — Listening to music could significantly reduce physical pain and anxiety after major heart surgery, research reveals. Scientists say surgeons could offer post-op heart patients the option of listening to music which has no known risks or side effects, unlike medication.

In fact, several days of “music medicine” could also reduce anxiety for up to eight days after surgery, the study reveals.

Heart surgery is frightening for many, if not most patients. Anxiety runs high prior to procedures, and patients can battle severe pain afterwards — even after taking sedatives and pain relievers. Researchers say a postoperative stent in intensive care then exposes them to stressors known to increase anxiety and pain, such as noise, sleeplessness, and mechanical ventilation. These, in turn, may also increase length of hospital stay and the need for additional medication.

Previous research shows that listening to music around the time of any surgery may help to stop patients’ anxiety and ease their pain. In this study, researchers wanted to see if music might also help patients undergoing major heart surgery reduce their hospital stay and their need for drugs and mechanical ventilation.

The team looked for relevant clinical trials by searching five electronic databases published through October 2019. They reviewed the results of 20 studies, involving 1,169 patients, and pooled the data from 16 studies, involving 987 patients. Nine in ten of the procedures in the included studies were predominantly coronary artery bypass grafts or valve replacement.

The type of music was usually described as relaxing and free of strong rhythms and percussion, and was mostly provided through headphones. Patients chose their preferred tunes from either pre-selected lists or playlists selected by the researcher, while 15 percent opted for their own playlists. The music sessions were either repeated several times on one day or over several days, or once daily over several days.

In 14 studies the music was provided only after surgery. In five, it was provided before, during, and after the procedure. Patients in the comparison groups received a scheduled rest, standard care, headphones or earphones without music, breathing exercises, or a blank tape during surgery combined with standard care afterwards. The authors used multiple standardized scales to measure pain and anxiety in patients.

Results show that listening to music significantly reduced both anxiety and pain after major heart surgery.  There was no effect on pain when music was provided before surgery only or during a mixture of time periods.

That said, there were no effects from music when it came to the use of opioids, length of hospital stay, time spent on mechanical ventilation, blood pressure, heart rate, or breathing rate. This may be because these outcomes weren’t the primary focus of most of the included studies.

“Since music intervention has neither risks nor known side effects, but may have a positive effect on patients’ health outcomes, healthcare professionals should consider providing perioperative music for patients undergoing cardiac surgery,” the authors write.

The findings are published in the online journal Open Heart.

Could algae help to cure the common cold?3 hours ago

Vitamin D may not protect against asthma attacks after all, new findings suggest6 hours ago

Best Strollers In 2023: Top 5 Products Most Recommended By Experts, Parents12 mins ago