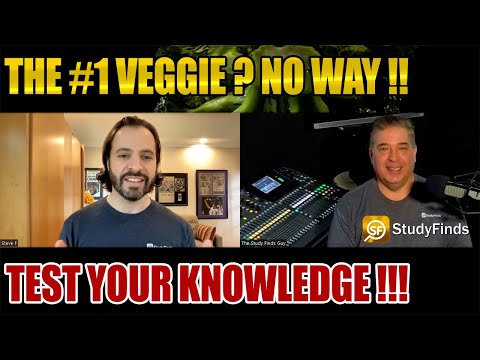 LEEDS, England — We all know that eating more fruit and vegetables can help us keep the extra pounds off and improve physical health. But for the super picky eaters who simply refuse to eat vegetables, what if they ate just one? Research out of London shows that even as little as a single serving of produce actually boosts mental health.

A study by researchers at Leeds and York universities in the United Kingdom analyzed data from 40,000 British citizens and concluded that changes in consumption of fruit and vegetables are related to changes in mental well-being. The findings show that eating just one extra portion of produce a day has the equivalent effect on mental well-being as eight extra days of walking at least ten minutes per month.

“It’s well-established that eating fruit and vegetables can benefit physical health,” says study co-author Dr. Neel Ocean in a statement. “While further work is needed to demonstrate cause and effect, the results are clear: people who do eat more fruit and vegetables report a higher level of mental well-being and life satisfaction than those who eat less.”

Researchers followed individuals between 2010 and 2017, assessing their well-being over the years along with their daily intake of fruit and vegetables. The authors took into consideration alternative factors affecting mental health, such as age, education, income, marital status, employment status, lifestyle, health, etc.

The results suggest that people who aren’t eating fruit and vegetables every day — and the authors point out the vast majority of individuals in the UK fall well short of the recommended five servings — should recognize the many benefits that doing so will bring and consider taking extra steps for a healthier diet.

“Encouraging better dietary habits may not just be beneficial to physical health in the long run but may also improve mental well-being in the shorter term,” adds co-author Dr. Peter Howley.

The study is published in the journal Social Science and Medicine.