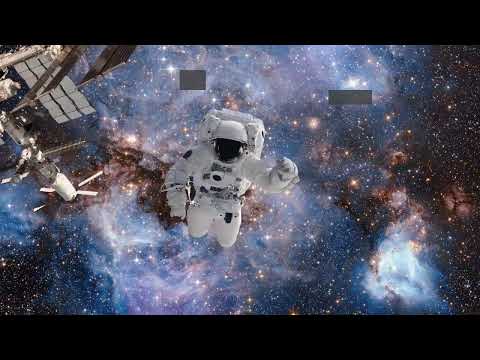 BRISBANE, Australia — Surprising radio waves coming from distant stars may be revealing the presence of undiscovered planets in those solar systems, researchers in Australia say. A team at the University of Queensland used the world’s most powerful radio antenna to make this discovery, which is opening the door to an emerging method of detecting new worlds out in space.

“We’ve discovered signals from 19 distant red dwarf stars, four of which are best explained by the existence of planets orbiting them,” Dr. Benjamin Pope says in a university release.

“We’ve long known that the planets of our own solar system emit powerful radio waves as their magnetic fields interact with the solar wind, but radio signals from planets outside our solar system had yet to be picked up,” Dr. Pope adds. “This discovery is an important step for radio astronomy and could potentially lead to the discovery of planets throughout the galaxy.”

Radio signals may be bouncing off hidden plants

In the past, astronomers have only been able to detect nearby stars through the radio emissions coming from space. Everything else coming from the skies has either been interstellar gas or signals from exotic phenomena like black holes.

Now, however, radio astronomers can see distant stars (like the Sun) and use their observations to determine if there are any planets orbiting them. Dr. Pope’s team focused on a group of red dwarf stars, which are generally smaller than our sun and have intense magnetic activity. This can lead to stellar flares and detectable radio emissions.

So what makes these radio signals so important? Lead study author Dr. Joseph Callingham of Leiden University says the team is confident the signals they’re detecting are coming from the interaction between the red dwarfs and orbiting planets. These signals are similar to the interactions astronomers see between Jupiter and its moon, Io.

“Our own Earth has aurorae, commonly recognized here as the northern and southern lights, that also emit powerful radio waves – this is from the interaction of the planet’s magnetic field with the solar wind,” Dr. Callingham explains. “But in the case of aurorae from Jupiter, they’re much stronger as its volcanic moon Io is blasting material out into space, filling Jupiter’s environment with particles that drive unusually powerful aurorae.”

“Our model for this radio emission from our stars is a scaled-up version of Jupiter and Io, with a planet enveloped in the magnetic field of a star, feeding material into vast currents that similarly power bright aurorae,” the researcher continues. “It’s a spectacle that has attracted our attention from lightyears away.”

Scientists hope to find more worlds over the next decade

While the signals don’t completely confirm whether planets exist in these solar systems, researchers say it’s the likeliest conclusion. Moreover, Dr. Pope notes these worlds appear to be smaller than our own.

“We can’t be 100 percent sure that the four stars we think have planets are indeed planet hosts, but we can say that a planet-star interaction is the best explanation for what we’re seeing,” Dr. Pope says. “Follow-up observations have ruled out planets more massive than Earth, but there’s nothing to say that a smaller planet wouldn’t do this.”

Currently, the Low Frequency Array (LOFAR) in the Netherlands can only monitor stars up to 165 lightyears away from Earth. By 2029 however, scientists are hopeful that Australia and South Africa’s Square Kilometre Array radio telescope will be online and capable of seeing stars even farther away.

Pope and Callingham add that radio astronomy is close to revolutionizing the study of planets outside our own solar system.