LOS ANGELES, Calif. — Scientists have made a shocking discovery that could stun the minds of men looking for treatments for erectile dysfunction. If a clinic is using a non-FDA-approved shockwave therapy, there is a moderate chance you’re looking at a high medical bill from someone who may not be the best person to perform the treatment, according to the new study.

“Shockwave therapy, as a restorative therapy for ED, is performed primarily by non-urologists and is not standardized,” says study authors James Weinberger, Sriram Eleswarapu, and their colleagues at UCLA in a media release. “This study highlights concerning trends in major metropolitan markets, given the substantial financial impact for patients and inconsistent credentials among providers.”

Currently, the U.S. Food & Drug Administration has not approved shockwave therapy and it is not covered by insurance. The American Urology Association considers shockwave therapy as “investigational,” and recommends that researchers only use it in clinical trials.

Are men getting legitimate treatment?

The research team analyzed information from 140 medical clinics from eight major U.S. cities advertising shockwave therapy intervention for erectile dysfunction. The researchers made anonymous phone calls posing as a customer to collect information on the credentials and training of providers who offer shockwave therapy. They also gathered information regarding the price, duration, and protocol for treatment.

Only 25 percent of clinics offering shockwave therapy were urologists — specializing in male reproductive problems. Doctors of other specialties including dermatologists, chiropractors, and OBGYNs were among those who also offering shockwave therapy in their clinics. Another 13 percent of clinics offering the intervention had non-physicians performing the treatment.

The prices for shockwave therapy also varied across clinics. The average price per treatment was $490 with a full course costing around $3,400.

The recommended number of shockwave therapy sessions is six, but the current study found that in real-life, the number of shocks per treatment, type of device used, and the frequency setting varied across clinics.

“Our results show that real-world practice does not adhere to these recommendations,” the researchers conclude. They add that patients considering shockwave therapy for ED “should be evaluated by urologists who are equipped to conduct a formal men’s health evaluation and provide a data-driven and patient-centric discussion of treatment options.”

The study is published in the journal Urology Practice. 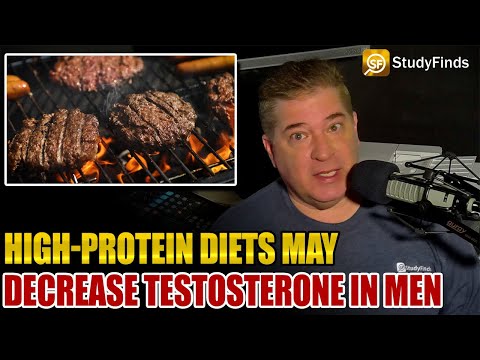 Alien ice? Scientists discover new type of ice that could lead to finding extraterrestrials41 mins ago

Some antidepressants do nothing at all for patients dealing with chronic pain, study reveals1 hour ago

Best Hotels In The Caribbean For 2023: Top 5 Luxury Vacation Spots Recommended By Experts2 hours ago

5 Best (And Super Easy) Ways To Strengthen Your Brain, According To Experts3 hours ago