WASHINGTON — Sticker shock from medical bills is something many Americans are quite familiar with. Unfortunately, as the coronavirus pandemic drags on, the rising cost of medical care is causing one in three people to skip treatment altogether.

According to a new poll by nonprofit organization West Health and Gallup, 30 percent of Americans have avoided getting vital medical treatment within the last three months due to the cost. Medical bills are spiraling so far out of control that even 20 percent of the country’s highest earners (those making over $120,000 a year) say the cost of seeing a doctor keeps them from seeking treatment.

“Americans have reached their breaking point,” says Shelley Lyford, president and CEO of West Health, in a media release. “Between March and October, the percentage of people reporting trouble paying for healthcare, skipping treatments and not filling their prescriptions spiked to their highest levels since the pandemic began, exacerbating another public health threat borne out of cost rather than illness.”

The survey of more than 6,600 adults is the largest poll examining America’s healthcare system since the start of the pandemic. Results show that COVID-19 is playing a key role in shaping how the nation views the system, which an estimated 100 million people describe as either “expensive” or “broken.” 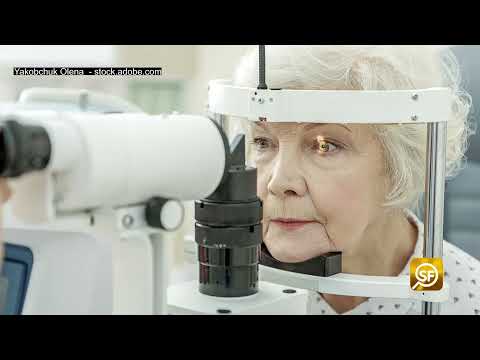 In fact, nearly half the poll (48%) believe healthcare in America is worsening during the pandemic. Another 59 percent say they now worry more about the actual cost of their ongoing healthcare needs and 45 percent worry about their prescription drug costs.

Growing inequality in the healthcare system

Even though both the rich and the poor say medical bills are growing out of control, six in 10 say they’re seeing more inequality in the nation’s healthcare system. Specifically, three in four Black Americans and two-thirds of Hispanic Americans worry about unequal treatment when it comes to seeing a doctor.

Moreover, one in 20 adults claim a friend or relative has died over the last year after not getting medical treatment because they couldn’t afford it. Researchers say Black Americans are twice as likely to know someone who died under these circumstances than other Americans.

Political pressure is growing to fix the system

Regardless of being a Democrat or Republican, over two-thirds of the poll say they’re pessimistic about Washington’s chances of actually lowering medical costs. Nine in 10 believe their healthcare costs will continue to go up and 42 percent fear they’ll be unable to pay their medical bills in 2022.

“This negative public sentiment did not form overnight or begin with COVID-19. It’s been decades in the making after failed promises by elected officials to do something to help Americans suffering at the hand of high prices for healthcare and prescription drugs,” says Tim Lash, chief strategy officer for West Health. “However, public opinion plays an important role in the policy process, and if policymakers are listening, they have no choice but to act.”

To put the healthcare crisis into perceptive, the United States spends over $4 trillion on health-related expenses. That’s nearly one-fifth of the nation’s GDP, making it the most expensive healthcare system on the planet.

“The sharp worsening in public opinion regarding the affordability of care and medicine is startling, and likely a result of myriad factors related directly and indirectly to the COVID-19 pandemic,” concludes Dan Witters, a senior researcher for Gallup. “From rapidly rising inflation, to deferred care pushed into 2021, to more people having to pay for COVID-19 care itself, the U.S. healthcare cost crisis is now coming to a head.”

The results are published in the West Health-Gallup 2021 Healthcare in America Report.