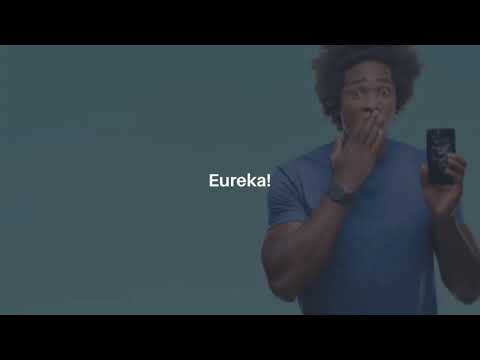 SEOUL, South Korea — For people who spend a good deal of time staring into their smartphone, nothing’s worse than a cracked screen. These minor accidents can come with major repair bills, but researchers in South Korea say that’s about to be a thing of the past. A team from the Korea Institute of Science and Technology (KIST) says they have created a self-repairing electronic material that will seal cracks in damaged phone screens.

The team from KIST and Yonsei University say colorless polyimide (CPI) is as transparent as glass but has the tensile strength to resist scratches even after being folded thousands of times. Researchers say this material is already in use in a wide variety of commercial products including foldable and flexible displays. The aerospace industry and solar cell producers also used CPI.

Until now however, efforts to create a self-repairing colorless polyimide have been unsuccessful. Previous attempts have focused on inserting additives to the formula or coating the material with a hard protective layer on its surface. These experiments could not prevent devices from taking damage to the underlying materials.

Eliminating the need for expensive repairs

The KIST-Yonsei University team overcame this issue by using linseed oil, taken from the seeds of the flax plant. Unlike other coating liquids that need high heat to dry, linseed oil hardens at room temperature. This makes the natural extract very popular at a coating for preserving art pieces.

Researchers created a batch of linseed oil-filled microcapsules that would help seal cracks in damaged screens. The team then added the microcapsules to a mix of silicone and a coating of colorless polyimides; forming the upper-healing layer.

When smartphone screens take damage, the linseed oil microcapsules break open and leak into the broken area until it hardens. The study authors say this gives their invention the advantage of not needing costly repairs or a replacement.

The study notes that other materials that can self-heal have only been able to accomplish the feat by applying high heat to the broken device. They also have only been used on soft materials. The new CPI can be applied to hard surfaces and doesn’t need any heat to seal a crack.

Broken, cracked smartphone screens a thing of the past?

Researchers add that their CPI also performs better when exposed to humidity and UV light. Overall, the Korean team says the oil-filled coating can repair 95 percent of the damage in just 20 minutes.

“There is a significance in that we were able to develop a self-healing colorless polyimide that can radically solve the physical properties and lifespan of damaged polymer materials and that we presented the application range of the material, such as flexible displays and electronic material devices,” the study authors write in the media release.

The study appears in the journal Composite Part B: Engineering.